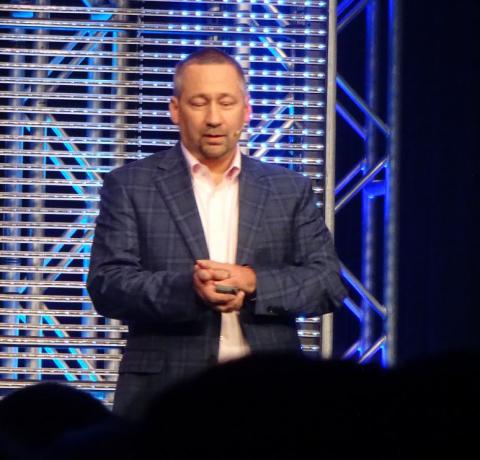 Terms of the dual transactions, both of which have closed, were not revealed. ConnectWise announced the deals at its 2019 IT Nation Connect event in Orlando today, where it also unveiled a strategic agreement to deliver a partner relationship management solution powered by technology from PRM vendor Webinfinity and shared details on an initiative to rally vendors and channel pros in the fight against cybercrime.

For ConnectWise, buying Continuum adds a BDR platform and growing family of security products, which includes anti-virus, firewall, and managed SIEM components, to a solution lineup that has never included backup before and offered only limited security offerings until now. It also allows partners to buy help desk services and network operations center support directly from ConnectWise for the first time. Previously, ConnectWise made NOC services available only through a partnership with outsourcer IT By Design.

The ITBOOST purchase, which comes some 10 months after rival Kaseya announced its acquisition of documentation vendor IT Glue, adds documentation to a ConnectWise portfolio of MSP line-of-business software that already contained RMM, PSA, quoting, and remote control applications.

“You bring all of this together [and] you’ve got one transformational, revolutionary platform that we’re able to take to market,” says ConnectWise CEO Jason Magee.

Though ConnectWise and Continuum have largely complementary product sets, both companies offer RMM solutions. ConnectWise has no immediate plans to discontinue either of those products or combine them into a single platform.

“Both tracks will be maintained at this point,” says Magee, noting that long-term plans for ConnectWise Automate and Continuum Command will be forged during a strategic business planning and roadmap definition process set to begin after IT Nation Connect concludes.

“To this point, we have not been able to dig into it much,” Magee says.

Combining Continuum’s services and solutions with its own, he adds, positions ConnectWise to attract MSPs that lean on third-party vendors for help desk, NOC, and other services along with the “do-it-yourselfers” it has traditionally served.

“This opens up a whole new world from a ConnectWise standpoint,” he says.

It also opens up powerful new opportunities for ConnectWise and Continuum partners alike, according to Continuum CEO Michael George, who is now stepping away from the company.

“It’s the best of all worlds for them,” he says. “They’ll have incredibly versatile and flexible environments to scale up and down by adding different technologies and different services.”

The combination of ConnectWise software with Continuum services, in particular, gives new MSPs an easy path to growth, George adds. “You can come into a very simple entry point with ConnectWise and step onto their tools and then level up a little bit and start to engage some of the automation that we’re making available,” he says.

Jabra PanaCast Review - Get Your Huddle On
END_OF_DOCUMENT_TOKEN_TO_BE_REPLACED