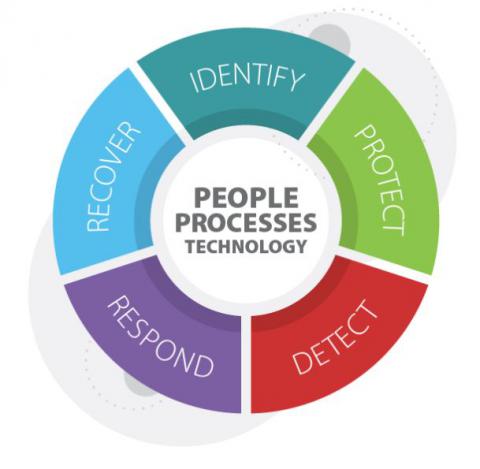 Announced on the same day as a resale agreement with threat detection and response vendor Perch Security, the new system is part of a larger, evolving push by ConnectWise into the massive and growing market for security solutions and services. By Rich Freeman
Tweet

ConnectWise has added a cybersecurity risk assessment tool to its portfolio of solutions for managed service providers, and announced an agreement to resell a threat detection and response platform from Perch Security.

Both moves, which ConnectWise announced today at its IT Nation Connect event in Australia, are elements of a larger push by ConnectWise into the massive and rapidly growing market for security solutions and services.

Named ConnectWise Identify and targeted at SMBs, the risk assessment solution measures customers against the National Institute of Standards and Technology (NIST) Cybersecurity Framework, a widely respected set of guidelines for safeguarding IT environments. Based on its findings, the system then generates customer-ready risk reports offering options for remediation. Those reports, which are available via a self-serve portal, include comparisons with similarly-sized organizations in the same vertical industry and location.

The new product reflects a larger conviction on ConnectWise’s part that MSPs can’t protect customers from today’s wide-ranging threats without first gaining a complete understanding of an organization’s vulnerabilities to attack.

“MSPs, and frankly, our whole industry, should be taking a more holistic approach to security. Network scans, while important, are not sufficient on their own. To truly ensure protection against cybersecurity threats, a global view of an organization’s security posture is needed, and that means starting from the beginning with a risk assessment,” said ConnectWise Chief Information Security Officer John Ford in prepared remarks. “Now more than ever, it is vital for MSPs to prioritize working with their customers to identify the areas of their business that have security gaps, vulnerabilities or lack of proper security controls. That’s what ConnectWise Identify allows our partners to do.”

Beginning April 1, partners can run two full risk assessments through ConnectWise Identify—one each for themselves and for an end user—free of charge. After that, a basic edition of the product suited for use by companies with up to 100 employees is available at an introductory price of $99 per month. The standard price for the basic edition will be $199 a month. ConnectWise will offer enterprise pricing at unspecified rates for larger end user environments as well.

ConnectWise announced a risk assessment solution at its last IT Nation Connect event, held four months ago in Orlando. That product was developed in partnership with Tampa, Fla.-based security service provider Sienna Group LLC, which ConnectWise subsequently acquired and renamed the ConnectWise Cybersecurity Center of Excellence. The new group’s mission is preparing MSPs to take on the giant opportunity in security by teaching them industry-standard best practices. ConnectWise Identify contributes to partner enablement in security as well, according to CEO Jason Magee.

“ConnectWise Identify is much more than a product. While others are selling widgets, we are offering a product and educating our partners about their risks and teaching them how to do the same for their customers,” said Magee in a press statement. “This will help them gain a bigger picture view of cybersecurity and a better understanding of their own security posture as well as that of their end users.”

The Road to Success Is Paved with Service
END_OF_DOCUMENT_TOKEN_TO_BE_REPLACED

Jabra PanaCast Review - Get Your Huddle On
END_OF_DOCUMENT_TOKEN_TO_BE_REPLACED