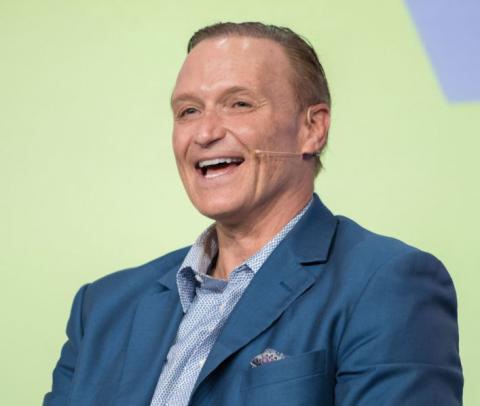 The deal gives the iconic managed services software maker access to capital and business expertise it needs to realize ambitious strategic goals, according to founder Arnie Bellini (pictured), who will step down as CEO. By Rich Freeman
Tweet

Terms of the transaction, which is expected to close on Thursday, have not been disclosed.

In conjunction with the deal, Arnie Bellini, who founded ConnectWise 37 years ago, will step into an advisory role. Jason Magee, who became the company’s president and COO in January, will replace Bellini as CEO.

A pioneer in PSA software, as well as the integrated product suites that increasingly dominate the managed services software landscape, ConnectWise was the last major provider of line-of-business applications for MSPs fully owned and operated by its founders, rather than private equity investors or holders of publicly traded shares.

Based in Chicago, Thoma Bravo has massive investments in managed services software and service providers, including ConnectWise competitor Continuum, which it purchased in June 2017. It also owns Barracuda Networks Inc., which bought the Managed Workplace RMM platform from security vendor Avast Business earlier this month, and holds a stake in SolarWinds and its SolarWinds MSP subsidiary.

ConnectWise says that Thoma Bravo views the ConnectWise acquisition as a “standalone platform investment,” and has no plans to merge the company with any other vendor it owns. Continuum, Barracuda, and SolarWinds are also managed by different Thoma Bravo funds with different investment horizons, strategic plans, managing partners, and boards.

“It will accelerate our strategy,” he says. “A big opportunity requires big moves, and there is a big opportunity out there for our partners, and we want to help them get to it.”

That opportunity includes the exploding market for high-margin cybersecurity services and the proliferation of subscription-priced, as-a-service technology offerings beyond the core network and endpoint management most MSPs concentrate on today.

“Managed services is just the tip of the iceberg,” Bellini says. “All of technology is being delivered as a service. It is a very strong movement that we believe will really transform the way technology is delivered. We want to be on the forefront of that.”

Bellini discussed the rise of the as-a-service IT economy at ConnectWise’s IT Nation Connect conference last November during a keynote presentation in which he also outlined grand aspirations to assemble a comprehensive ecosystem of affordably-priced security solutions supplemented with security tools of ConnectWise’s own. Since then, ConnectWise has acquired security service provider Sienna Group LLC and announced plans to use it as the foundation for a new Cybersecurity Center of Excellence tasked with teaching MSPs to capitalize on skyrocketing demand for security assistance.

Though Bellini has previously committed to investing tens of millions of dollars in further, similar efforts, realizing his complete vision will require more money than ConnectWise can raise on its own. “At this point in time, it’s like the only way for ConnectWise to really get our partners in on all of these additional opportunities is with additional capital,” he says. “We cannot just generate it organically.”

ConnectWise evaluated eight private equity firms with substantial IT holdings before selecting Thoma Bravo. “We didn’t go shop for the highest price for private equity. We shopped for the best partner fit and vision,” Bellini says. “Thoma Bravo was the clear and obvious choice.”

In particular, he continues, the company has extensive experience with software-as-a-service vendors generally and managed service software vendors specifically. It also, according to Bellini, shares the view that ConnectWise’s success depends on the success of technology service providers in aggregate.

ChannelPro 5 Minute Roundup for the Week of January 11th, 2021
END_OF_DOCUMENT_TOKEN_TO_BE_REPLACED

Jabra PanaCast Review - Get Your Huddle On
END_OF_DOCUMENT_TOKEN_TO_BE_REPLACED