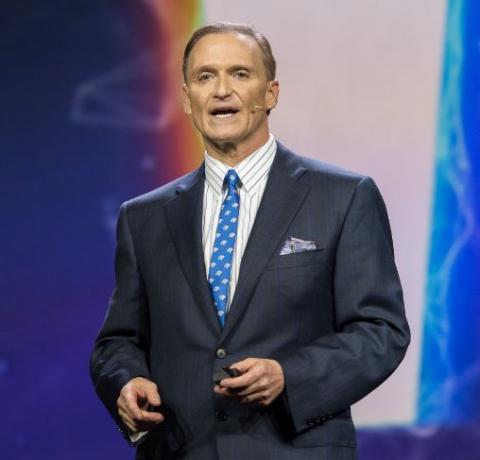 According to CEO Arnie Bellini (pictured), core elements of the initiative include the launch of an open source security integration standard and the introduction of new cybersecurity solutions, some of which will compete with products from ConnectWise partners. By Rich Freeman
Tweet

ConnectWise has embarked on a sprawling effort to build a comprehensive, interconnected ecosystem of affordably-priced security solutions, along with an army of MSPs to sell and support them.

The Tampa, Fla.-based managed services software maker outlined the core elements of the ambitious campaign on the opening day of its IT Nation Connect partner event, in Orlando. They include launching an open source integration language for cybersecurity solutions; introducing cybersecurity tools and solutions; and acquiring or investing in security software vendors, some of which compete with existing ConnectWise partners.

ConnectWise plans to spend tens of millions of dollars on the initiative, which is designed to help MSPs prosper in a time of increasing commoditization while simultaneously fueling victory in the struggle against cybercrime, according to CEO Arnie Bellini, who invoked military metaphors repeatedly in a keynote address Thursday morning.

“This is a war,” he told MSPs and vendors in his audience. “We need you to enlist in the fight.”

Early steps in that fight include the rollout of new risk assessment and vulnerability scanning solutions. Created in partnership with Sienna Group LLC, a security service provider in Tampa, Fla., and set to launch in December, both tools will be available at no cost to ConnectWise partners for the first three months.

The two systems, which integrate with the ConnectWise Manage PSA system, are intended to help MSPs drive demand for security services by showing customers where they deviate from best practices defined by the National Institute of Standards and Technology and how to address those gaps. “We’re giving them a big kick start down the path to cybersecurity,” said Bellini in a conversation with ChannelPro.

Developing additional security solutions, both through acquisitions and investments, is a further component of ConnectWise’s security strategy. Bellini discussed one such investment, in Tampa, Fla.-based Perch Security, during his Thursday keynote. The company operates an intrusion detection and monitoring service that automatically generates tickets in ConnectWise Manage when it spots active threats.

“We are influencing their development roadmap,” he said. “We want them to be able to produce a solution that’s affordable for you that you can make money on that also will help get you into the cybersecurity world.” ConnectWise plans to make the solution available to its partners on a break-even basis for $2 per IP address per month.

That’s representative of a larger move on Bellini’s part to bring economically-priced security solutions to market in greater numbers.

“At the end of the day, the real macroeconomic problem is that cyber companies are charging too much for their products and only enterprises can afford them, so we are using our purchasing power, our investment, and our know-how to bust that up and start creating tools that are affordable for small to midsize businesses to consume,” Bellini says. “Sometimes that means we’re going to have to build it ourselves or commission someone to build it or incentivize someone to build it.”

The ultimate objective, he continues, is to compel other vendors to create affordably-priced solutions of their own. “Our job is to drive what normally costs $200,000 in enterprise down to maybe $30,000,” he says.

ICYMI: Our Channel News Roundup for the Week of January 17th
END_OF_DOCUMENT_TOKEN_TO_BE_REPLACED

LG Gram for Business 17 (2020): Big Reasons to Like It
END_OF_DOCUMENT_TOKEN_TO_BE_REPLACED