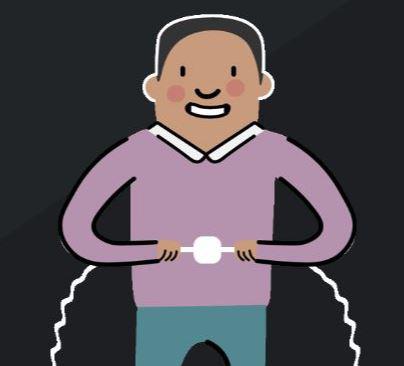 The acquisition, which officially finalizes a deal agreed to privately some two years ago, will not affect IT Glue’s interoperability with managed services products from competing vendors, according to Kaseya CEO Fred Voccola. By Rich Freeman
Tweet

In a deal that immediately makes it the top player in a critical product category for MSPs, IT management vendor Kaseya Ltd. has acquired managed services documentation vendor IT Glue.

The transaction, which was completed last month, completes a process that began some two years ago with the signing of a previously undisclosed agreement between the two vendors giving Kaseya a “controlling interest” in IT Glue and setting the companies on a path toward full-blown acquisition. Specific terms of the sale were not disclosed.

Kaseya will operate IT Glue as a separate business unit under its existing name. Founder Chris Day will step down from his current duties as CEO to pursue other ventures. “He likes to spend his time building new stuff,” Voccola says, adding that the rest of IT Glue’s senior leadership group will remain in their present roles. That includes Vice President of Product Luis Giraldo, Vice President of Engineering Nadir Merchant, and Vice President of Marketing Holly Pateman. Kaseya has no plans at present to replace Day with a new CEO.

Kaseya shipped AssetIQ, a jointly developed edition of IT Glue’s popular documentation solution directly embedded within the Kaseya VSA remote monitoring and management solution, in May, roughly two months after announcing a source code-level integration pact between the two vendors. According to Voccola, converting IT Glue from partner to subsidiary will give the company access to a cash-heavy balance sheet it can use to roll out more functionality more rapidly.

“We can now supercharge the rate of product innovation,” he says. “We can spend a boat ton more money on R&D and product, and we are planning on it, to accelerate the roadmap substantially.” Voccola plans to expand IT Glue’s roughly 120-person workforce significantly as well. “We think we’re probably going to double that team in the next two years,” he says.

Kaseya’s deep pockets—the company currently generates upwards of $300 million in annual revenue and is growing organically at about 30 percent year over year—will also position to IT Glue to offer more generous financial terms to its customers. “I think you’ll see functionality being included in the product that otherwise may have been charged for,” Voccola says.

IT Glue’s pricing structure and policies have long been a sore point with users. The company eliminated minimum purchasing requirements and added a self-serve online procurement option in October in an effort to alleviate that criticism.

According to Voccola, the rewards of making IT Glue part of Kaseya benefit all IT Glue customers, including those who use RMM and PSA products from ConnectWise, Datto, SolarWinds MSP, and other competing vendors. Kaseya and IT Glue will both remain committed to open standards going forward, he says, noting that interoperability with other members of the managed services ecosystem is what allows IT Glue’s software to be the metaphorical “glue” that connects information from multiple sources.

“If we don’t maintain that openness, we hurt ourselves as much as hurt our customers,” Voccola states. At present, he continues, more than 80 percent of IT Glue customers use products from a mix of managed services software vendors.