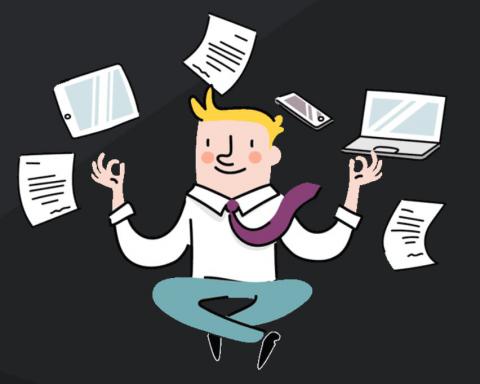 Kaseya’s RMM and PSA products now exchange data automatically with IT Glue’s documentation solution as a result of the deal, which also makes Kaseya the first vendor authorized to resell IT Glue solutions. By Rich Freeman
Tweet

In the second significant expansion of its platform this month, managed services software maker Kaseya Ltd. has forged an agreement to make IT Glue’s documentation solution a tightly integrated component of its IT Complete product family.

The deal, announced roughly two weeks after Kaseya rolled out an appliance-based business continuity/disaster recovery solution based on technology from Burlington, Mass.-based Unitrends Inc., applies both to VSA, Kaseya’s remote monitoring and management solution, and BMS, its PSA system. Endpoint data now flows directly from VSA into IT Glue, which can in turn automatically export documentation details into BMS service tickets.

The alliance makes Kaseya the first vendor to be an authorized reseller of IT Glue’s solution as well.

“We’re able to sell it, support it, deploy it,” says Mike Puglia, chief product officer at Kaseya, which has headquarters in both Miami and New York. The result, he continues. is an opportunity for MSPs to acquire more of their tools from fewer suppliers.

“You could buy an RMM and documentation all at once if you want,” Puglia notes.

Channel pros who do so will save money in the process, he continues, as Kaseya has leveraged its bulk purchasing power to negotiate discounts on IT Glue licenses.

“There are some financial benefits that we’re able to offer, given the sheer size of our customer base,” Puglia says.

Kaseya’s deal with IT Glue is an exclusive arrangement.

“We are an open platform, so if others want to build integrations they can, but IT Glue is the one that we are actually going to transact and resell with,” Puglia states.

Though IT Glue integrates via APIs with RMM and PSA systems from other vendors, it’s programmers are collaborating with Kaseya’s at a source code level.

“Our two development organizations are definitely in contact with each other to make sure we have alignment on functionality and things along those lines,” Puglia notes.

Those joint efforts will result in further, more significant, integration between the Kaseya and IT Glue platforms within the next three to four months.

“You’re going to see additional announcements that will, we believe, fundamentally change the way that technicians interact with information to resolve issues,” says Puglia, who declined to provide more information. “We’re working very closely together to have something that we think is going to be industry changing.”

News of the Kaseya-IT Glue alliance arrives as consolidation in a busy mergers and acquisitions market is producing bigger managed service providers with more clients to support. According to Puglia, documentation plays a critical role in enabling MSPs to achieve the operational efficiency they need to grow their customer base and profitability simultaneously.

“You can’t have just tribal knowledge, because it doesn’t scale,” he says, adding that once Kaseya made the decision to partner with a documentation provider, IT Glue was an obvious choice.

“We have watched them grow gangbusters over the past couple of years,” Puglia says. “We think they’re clearly the leaders in this space. We have a great working relationship with them, and we’re excited to do more with them over the coming months.”

ICYMI: Our Channel News Roundup for the Week of August 3rd
Selling Cybersecurity Virtually In The New Normal
END_OF_DOCUMENT_TOKEN_TO_BE_REPLACED