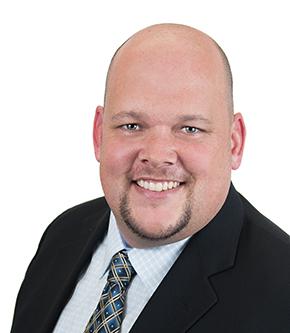 According to Datto executive Rob Rae (pictured) in an exclusive interview, the newly combined company will offer everything from RMM and PSA software to solutions for BDR, file sync and share, networking, power management, and beyond. By Rich Freeman with Joel Zaidspiner
Tweet

Editor’s note: Since the publication of this story, Datto has informed ChannelPro that contrary to information initially provided to us and reported below, the future name of the merged Datto-Autotask business has yet to be determined.

In an announcement with market-shaking implications for the SMB channel generally and MSPs specifically, business continuity vendor Datto Inc. has been acquired by private investment firm Vista Equity Partners for an undisclosed sum and merged with Autotask Corp., the managed services software maker Vista purchased three years ago.

The blockbuster transaction, which is expected to close in the fourth quarter of 2017, results in the creation of a managed services software and hardware goliath with over 13,000 partners serving more than 500,000 SMBs in 125 countries, and an expansive product portfolio spanning from RMM and PSA applications to solutions for backup and disaster recovery, file sync and share, networking, power management, and cloud licensing.

The new, combined business will operate under the Datto brand. Austin McChord, Norwalk, Conn.-based Datto’s CEO, will serve the new company in the same capacity. Mark Cattini, East Greenbush, N.Y.-based Autotask’s president and CEO, will work as a strategic advisor to the board of directors.

The new Datto will be an instant kingpin in a managed services market projected to generate $1 trillion in global SMB spending by 2021, according to AMI-Partners.

Bringing Autotask and Datto under a common roof will benefit both vendors’ partners in tangible ways, according to Rob Rae, Datto’s vice president of business development, in an exclusive interview with ChannelPro.

Rae emphasizes that the Datto-Autotask merger will have no impact on either company’s alliance relationships with BDR and managed services software makers, or their product integration strategy.

“The key to this is still continuing the open ecosystem and continuing to work with all the other vendors out there,” he says. “That’s going be absolutely critical for us and something that we’re going to continue to do so that the MSPs ultimately just have more choice.”

Both Datto and Autotask have been expanding into new markets in recent years. Datto introduced a file sync and share solution in March of last year. More recently, in January of this year, the company announced that it had acquired Open Mesh Inc., a Lake Oswego, Ore.-based maker of Wi-Fi switches and 802.11ac access points, and launched an SMB networking solution. This June, Datto added a managed power strip to its offerings as well.

Autotask, meanwhile, drew on investment capital from Vista in September 2014 to move beyond its early base as a leader in PSA software by purchasing RMM vendor CentraStage. The company subsequently bought file sync and share vendor Soonr the following July, and utilized software acquired through that deal to enter the BDR market in September of last year. Reconciling the new Datto’s overlapping BDR and file sync and share holdings is one of many tasks ahead for McChord and his as yet unnamed leadership team.