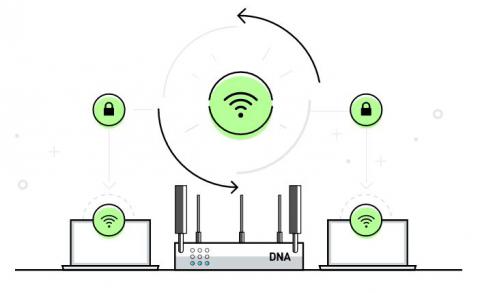 The new offering combines switches and access points from Open Mesh, a maker of cloud-managed networking gear, with Datto’s own networking appliance and management portal in an integrated package tailored to MSP business models. By Rich Freeman
Tweet

Fully integrated out of the box, the complete Datto Networking package offers MSPs a simpler alternative to heterogenous networking environments and solutions tailored to the needs of large businesses, according to Matt Richards, vice president of product marketing at Datto.

“What’s in the market are very often enterprise, complex, highly capable products that aren’t designed for SMBs,” he says.

Datto Networking, by contrast, is designed for maximum ease of deployment. To install a new access point, for example, technicians need only scan a QR code on the device via a mobile app. The rest of the setup process is fully automated.

“It takes a couple of minutes,” Richard says. “It boots and that’s it.”

MSPs can also configure new switches, restart routers, and perform almost any other management task likely to be required over the cloud through the same web-based management portal they use to administer Datto’s BDR and file sync and share solutions.

“Reducing truck rolls is really the goal” for MSPs, Richards notes. “The more you can do remotely, or so simply that anybody can do it at the end point, the more efficient your service delivery can be.”

Like the rest of Datto’s products, the new one comes with a 3-year warranty on hardware components and is backed by round-the-clock support. It also features the same subscription-based, per-device fee structure as Datto’s other solutions, with discounts for volume purchases, and is billed through the same consolidated invoice.

“The pricing to MSPs is extremely competitive,” says Richards, who declined to provide detailed rate information. Together with its comprehensive feature set and ease of use, he continues, Datto Networking’s affordability enables MSPs to add managed networking to their current service offerings just as SMBs are beginning to upgrade to the 802.11ac standard.

“Providing an MSP with an extremely simple and cost-effective, efficient suite that can help their customer base make the transition to 802.11ac over the next few years is really a tremendous opportunity,” Richards says.

As ChannelPro reported earlier, Datto originally planned to introduce Datto DNA in June at the U.S. edition of its annual DattoCon partner conference. The company delayed that release at the last minute, however, in response to feedback from MSPs clamoring for features not originally included in the device, including Wi-Fi connectivity and failover support. The company has since added not only those but a host of other capabilities as well.

Partnering Up
Is CompTIA Linux+ Worth It?
END_OF_DOCUMENT_TOKEN_TO_BE_REPLACED

Jabra PanaCast Review - Get Your Huddle On
END_OF_DOCUMENT_TOKEN_TO_BE_REPLACED