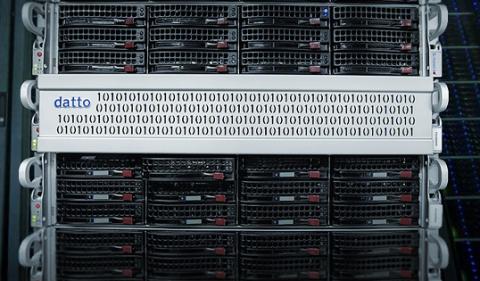 Norwalk, Conn.-based backup and disaster recovery vendor Datto Inc. has kicked off its annual DattoCon partner conference, now underway in Nashville, Tenn., with the release of a major update to its flagship SIRIS BDR offering. Named SIRIS 3, the new platform gives MSPs and their customers a wider range of implementation options.

Accordingly, partners who want to run SIRIS on virtual infrastructure can use SIRIS 3 Virtual, which supports a wide range of leading hypervisors, while MSPs who prefer a physical appliance can now choose between a base model and a new entry-level device named the SIRIS 3 X1 offering up to 1 TB of backup capacity. The X1 is also Datto’s first all-flash BDR device.

“We finally got to the point where flash was affordable enough to be put into a device like this,” Mosovich says.

Also effective today, all SIRIS 3 solutions, along with products in the company’s ALTO line of small business appliances, come with what Datto calls “Infinite Cloud Retention.” While earlier generations of Datto business continuity solutions limited customers to specific timeframes or quantities, Infinite Cloud Retention allows them to store data in Datto’s hosted infrastructure indefinitely, as long as they have a service contract with the company.

“We’re adding this infinite cloud because of the request from customers who had things like regulatory requirements for HIPAA or SOX or something like that [and] that needed multiple years of storage and retention,” Mosovich explains.

“Many of our customers really wanted this,” Mosovich says. “You’re not required to have a [Datto NAS] to do shares and then a SIRIS 3 to do backups. That functionality is merged.”

In a further simplification of its BDR product line, Datto has also merged its Genisis product with SIRIS. Genisis is a USB-based imaging solution that lets users convert their own hardware into SIRIS appliances. Effective today, its new name is SIRIS 3 Imaged.

Datto’s SIRIS 3 software comes standard with the purchase of any new SIRIS 3 service. It will also be available as a free upgrade for SIRIS 2 appliances in the near future.

SIRIS 3 arrives just weeks after the release of multiple all-SSD BDR appliances by eFolder Inc., of Atlanta, Ga. Unlike those products, SIRIS 3 utilizes 100 percent flash storage only on the low-end SIRIS 3 X1.

“We continue to use traditional hard drives because they’re still far more competitively priced,” Mosovich explains. “Right now, I think that we’re really focused on ensuring that the value for the flash devices is the best, and not just [doing] follow the leader in terms of getting the newest, flashiest, cutest thing out there.”

SIRIS 3 is but the latest new product from Datto, which officially released an aggressively priced file sync and share solution named Datto Drive last month, following a soft launch in March. To stimulate demand for that product, Datto offered the first million subscribers up to a terabyte of capacity free for one year. According to Mosovich, over 10,000 businesses have taken advantage of that promotion so far.

“We’re seeing more and more of our customers working with end users that are adopting SaaS [and] adopting web-based infrastructure that requires them to always be connected,” Mosovich says. Meeting that requirement, she continues, is a time-consuming challenge for channel pros that Datto DNA is designed to simplify.

Datto initially planned to release Datto DNA today at DattoCon, but has delayed the launch pending completion of negotiations with a telecommunications partner that will allow it to equip the solution with built-in 4G LTE failover functionality.