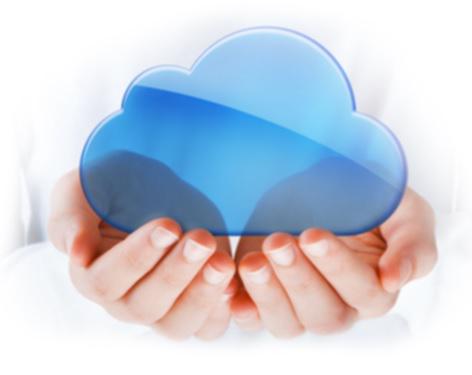 The company says its aggressively priced, all-SSD appliances position it to compete head to head with larger rival Datto. By Rich Freeman
Tweet

Engineered by eFolder from the ground up, the new devices store data exclusively on speedy solid-state drives equipped with two pieces of custom firmware named FastFlash and DuraBit. The former is designed to accelerate SSD performance while the latter aims to increase reliability and durability through built-in power loss and data corruption protection, automated replication of backups across multiple SSDs, and other redundancy and availability safeguards.

The new appliances, which are available in three base models, also feature compact form factors. The Replibit Mini stores up to 2 TB of data in a stand-alone 7.8” x 7.8” x 2.5” case, the Replibit Pro fits 3 to 15 TB of capacity in a somewhat larger 7.2’ x 9.3” x 16.5” case, and the Replibit Rack houses 3 to 18 TB of data in a 2U rack-mounted case. All of those systems automatically vault data into a cloud-based repository, which can be either eFolder’s hosted infrastructure or an environment owned and operated by the partner.

“We believe we’re producing the smallest and fastest BDR appliance on the market from any leading vendor,” says Ted Hulsy, eFolder’s vice president of marketing.

Offering hardware of its own represents a departure from Replibit’s prior approach to BDR appliances, in which partners licensed appliance software and installed it on industry-standard servers purchased separately. According to Hulsy, MSPs wanted the option of buying a complete and pre-assembled solution instead.

“There’s a lot of partners that want a turnkey solution that’s all from one vendor,” he says, adding that unlike commodity servers, eFolder’s new appliances are custom-tailored to the unique requirements of BDR workloads.

Also new from eFolder is an appliance-based pricing option for its BDR hardware. Instead of buying a per-month subscription for each protected device, partners who utilize eFolder’s cloud can pay a flat monthly fee ranging from $99 for the smallest Replibit Mini to $1,299 for the largest Replibit Rack to protect an unlimited number of servers and workstations for three years, or higher amounts for 10 years of service. Those fees are on top of a one-time payment for the Replibit hardware itself.

Though Hulsy denies today’s announcement is in response to Norwalk, Conn.-based BDR vendor Datto’s recent and disruptively priced move into its original home turf of file sync and share services, he also stresses that adding appliance hardware to Replibit’s existing lineup of software, cloud backup, and management offerings positions eFolder to take on its larger competitor head to head.

“We believe we have a fast, reliable, and complete BDR solution that’s going to be the market share winner in the next several months and years,” Hulsy says. In at least some cases, it will also be substantially cheaper than a comparable Datto solution, he continues, claiming that a Replibit Mini’s purchase price and monthly service fees combine to yield a three-year TCO that’s 50 percent smaller than Datto’s SIRIS 2 appliance.

“That just leads to profitability for the partners,” Hulsy states.

According to Hulsy, purchasing Replibit hasn’t damaged eFolder’s relationships with Acronis International GmbH, Quest AppAssure, StorageCraft Technology Corp., and Veeam Software, the vendors eFolder continues to partner with on solutions that combine its in-house cloud infrastructure with third-party BDR software. All four companies understand that the market for business continuity solutions is large enough to accommodate a wide range of vendors and products, he asserts.

“There’s plenty of demand out there,” Hulsy says. “We’re trying to grow the overall pie.”

eFolder begins accepting orders for its Replibit appliances on July 18th and starts fulfilling those orders on August 1st.

As a former eFolder employee, I can tell you that eFolder likely paid for this acquisition on the backs of its employees. Layoffs and significant reduction in pay were used to save money so that this could happen. Employees who remain are not happy about this. Also, eFolder is kidding itself if it thinks this won't effect relationships with other vendors.

On the bright side, two companies that don't know how to run successful businesses should combine to bring about their combined demise. Can't happen soon enough for me.