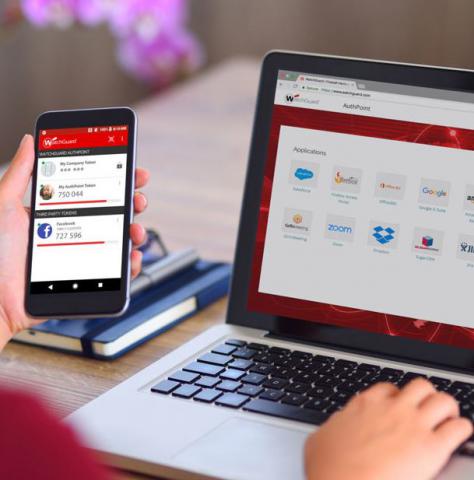 Security vendor WatchGuard Technologies Inc. has entered the multifactor authentication (MFA) market with the release of a product called AuthPoint.

AuthPoint is tailored specifically to the needs of SMBs, which according to Seattle-based WatchGuard generally regard MFA products as expensive, complicated, and hard to maintain. Indeed, 61 percent of respondents to a survey of IT managers and professionals at companies with under 1,000 employees conducted for WatchGuard by CITE Research said that MFA services are designed for large enterprises.

“We addressed all those issues with AuthPoint, bringing a solution that’s really cost-effective, very easy to manage, and you don’t need specialized people in the company to deal with it,” says Alexandre Cagnoni, director of authentication at WatchGuard.

AuthPoint supports one-time passwords in addition to push messages. Users who need access to protected resources while offline can also scan a QR code to authenticate themselves.

According to Cagnoni, all three techniques are preferable to authentication schemes based on SMS text messages, which aren’t always available to mobile users, and can be spoofed or redirected by sophisticated attackers.

To further protect against unauthorized logins, AuthPoint comes with a feature called Mobile Device DNA that collects identifying information about a user’s smartphone and tablet every time they use the AuthPoint app. Drawing on that digital fingerprint, the system automatically rejects authentication attempts originating from an unrecognized device.

AuthPoint subscriptions are available for one- and three-year terms, with discounts for bulk orders. Pricing begins at $2 per user per month for small, one-year purchases and drops to as low as $1 per user monthly when bought for three years in larger quantities.

Managed security service providers in WatchGuard’s partner program will soon be able to acquire AuthPoint licenses with the same “Pre-Pay Points” they currently use to provision managed security appliances rapidly.

All WatchGuard partners have access to unlimited trial deployments of the system.

AuthPoint is a stand-alone system that channel pros can deploy to any customer, regardless of which brand of firewall they use. WatchGuard plans to introduce new functionality linking its Firebox firewalls more tightly with AuthPoint than other authentication products, however.

“In the future, we’re going to add some features to Firebox which will make it even easier to integrate multifactor authentication to different applications,” Cagnoni says.

Thinking Big
What Is an Incident Response Plan and How to Create One
Disinformation: Smarter Every Day
Best Cities for Tech Jobs in 2021: Where Can You Make More Money?
END_OF_DOCUMENT_TOKEN_TO_BE_REPLACED