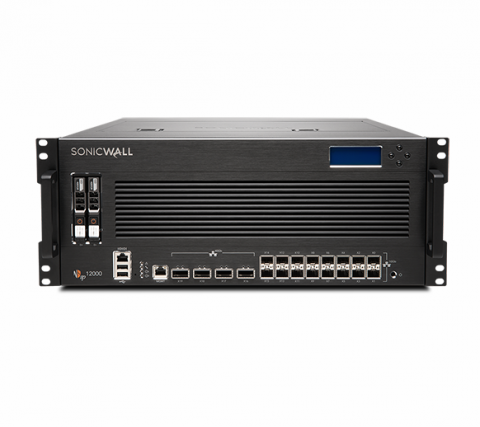 SonicWall Inc. has launched a new set of hardware, software, and hosted security products tailored to the needs of mid-tier enterprises, including managed security service providers.

The new offerings and associated capabilities—many of which are suited for use by smaller companies as well—represent a major new strategic push by the Milpitas, Calif.-based vendor beyond its traditional SMB customer base into companies with roughly 500 to 2,500 seats.

They also follow big release waves in April of this year and September of last year. In all, SonicWall has shipped 24 new products packing 160 million lines of code in the last nine months.

Significantly, the company will back its new mid-tier enterprise portfolio with a team of engineering and technical sales personnel tasked with helping partners close deals.

“We’re still 100 percent channel 100 percent of the time, but we will be strengthening and putting resources into direct touch to work with our partners and directly with the end users,” says SonicWall President and CEO Bill Conner. Those investments come in response to requests for such assistance from channel pros who serve larger businesses.

“They don’t want us to compete with them, but they need us alongside with them,” Conner says. “The customers want to hear from us too.”

The foundation for SonicWall’s latest platform expansion is an enhanced edition of its Capture Security Center product designed to combine monitoring and management of endpoint, firewall, and cloud application security systems with reporting and analytics functionality.

“It’s a single pane of glass that kind of brings everything together,” says Atul Dhablania, SonicWall’s COO, who notes that MSSPs in particular crave that consolidated visibility into an entire security environment.

“They’re kind of tired of looking at multiple consoles or multiple ways of looking at the threats,” he says. “They want to be able to get a holistic view.” Future editions of Capture Security Center will further extend that view to encompass email security, secure mobile access, and other functions, Dhablania adds.

The new functionality is available to all users of those systems, including SMB customers.

Capture ATP incorporates SonicWall’s Real-Time Deep Memory Inspection (RTDMI) technology, which forces malware exhibiting no malicious behavior to reveal its hidden weaponry, even if the relevant code is encrypted and visible for 100 nanoseconds or less. To date, Conner says, RTDMI has identified 5,000 zero-day exploits that no other commercial sandbox has spotted. SonicWall unveiled the previously secret technology this February.

Rounding out the software portion of today’s product wave is the new Cloud App Security solution. Though not a full-blown Cloud Application Security Broker, the new system provides real-time visibility into compliance and privacy risks associated with an end user’s cloud-based solutions. It can be used by small as well as large end users, according to Lawrence Pingree, SonicWall’s vice president of product management.

The Intersection of Hybrid Cloud and Identity
END_OF_DOCUMENT_TOKEN_TO_BE_REPLACED

Jabra PanaCast Review - Get Your Huddle On
END_OF_DOCUMENT_TOKEN_TO_BE_REPLACED