Microsoft Keeps Partner Program Changes to a Minimum at Inspire 2020 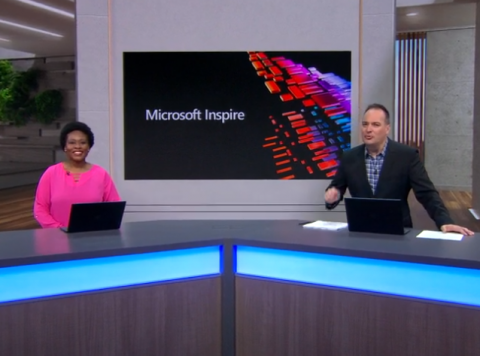 To avoid imposing further disruption on partners already impacted by the coronavirus, the industry giant is announcing few significant changes to the Microsoft Partner Network at this year’s all-virtual partner conference. By Rich Freeman
Tweet

No news, Microsoft believes, will be good news this year for its partners. With a pandemic raging, work-from-home challenges persisting, and cloud adoption soaring, the company has few major changes in store for its partner program, whose members already have their hands full at the moment.

“We’ve actually been trying to stay fairly consistent year over year,” says Gavriella Schuster, corporate vice president of Microsoft’s One Commercial Partner organization. “We know that change, no matter whether change is great or not, it’s something people have to pay attention to, and right now we want them to be paying attention to just keeping their business running and customers.”

Schuster spoke with members of the media last week on the eve of the Microsoft Inspire partner event, which takes place today and tomorrow. The conference is being held online rather than in person due to the coronavirus. That change is among the smallest ways Microsoft and its channel have been affected by COVID-19 in recent months, notes Schuster, who has been impressed by the creativity partners have exhibited in helping customers adapt to dire, abrupt, and completely unanticipated circumstances.

“When the world really started to change around us, our Microsoft partners really have stepped up,” she says. “They’ve really been pivoting their business to help customers figure stuff out.”

Deploying products in the Microsoft 365 suite to organizations desperate for remote productivity tools has been one of those crash efforts. Microsoft Teams, in particular, had some 75 million daily active users as of late April, up from 44 million on March 18th. Microsoft is expected to report even higher numbers this Wednesday when it posts results for the fourth quarter of its 2020 fiscal year.

According to Schuster, demand for Windows Virtual Desktop, the cloud-based desktop-as-a-service offering launched last September, is up sharply as well. “It just took off like a rocket as a result of COVID-19,” she says. “Again, this is one of those areas where our partners had plans, but they greatly accelerated their plans.”

To keep cloud rollouts happening despite the steep recession triggered by the pandemic, Schuster added, Microsoft introduced free promotional offers for Microsoft 365 earlier this year. New users of that platform with over 300 seats, for example, could get the first six months of a one-year subscription to the Office 365 E1 plan at no cost. A similar offer let partners offer newcomers to the Microsoft cloud with less than 300 seats six free months of Microsoft 365 Business Basic with a one-year subscription.

2021 ChannelPro SMB Forum Series Kicks Off in the Midwest
Your Next Move: Server Administrator
END_OF_DOCUMENT_TOKEN_TO_BE_REPLACED

Jabra PanaCast Review - Get Your Huddle On
END_OF_DOCUMENT_TOKEN_TO_BE_REPLACED