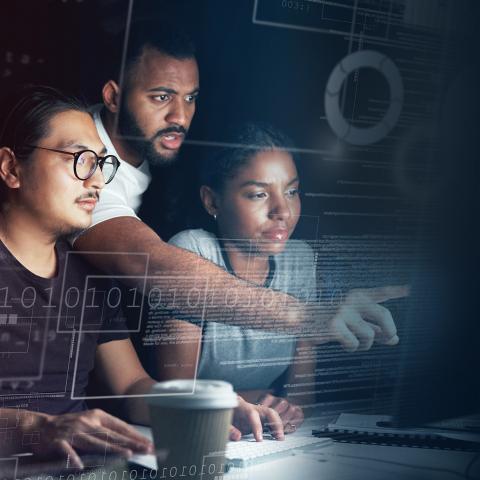 When Microsoft rolled out Windows Virtual Desktop, it removed barriers to mainstream adoption and opened new opportunities for channel pros. By Jessica Meek
Tweet
Reader ROI:
MICROSOFT WINDOWS VIRTUAL DESKTOP is a major milestone in the cloud-based desktop’s long journey toward mainstream adoption.
WITH WVD, Microsoft has removed barriers such as architectural complexity and licensing issues.
CHANNEL PROS should figure out use cases like supporting nonpermanent workers and reach out to key vendors to get started.

SINCE THE LAUNCH of Microsoft Windows Virtual Desktop (WVD) this past September, the channel has been buzzing about what the new service means for the virtual desktop space. While a good many partners have been offering virtual desktops from vendors like Amazon and Citrix for some time, their place in the mainstream has been limited. This may well change with WVD.

Why it has taken until now for virtual desktops to hint at mainstream adoption is a broad question. According to James White, managing partner at MainFrameIT, a managed IT services provider in Princeton, N.J., virtual desktops have historically required “a very high-end” engineering skill set, which most MSPs don’t have. This is compounded by the fact that selling virtual desktops is a different business model, especially if MSPs are trying to build and manage their own infrastructure, he says.

“It's very different than selling servers and setting them up for clients; when you're doing that, you’re basically matching your costs to revenue in real time,” White explains. “But when you have to manage your own infrastructure, you basically have to be able to sell and get density on that infrastructure at scale, which is obviously very challenging.”

Another obstacle to mainstream acceptance has been Microsoft’s licensing rules and compliance standards, which Nathan Hill, research vice president at Gartner, describes as “hoops for organizations to jump through.” Prior to WVD’s launch, he notes, users had to employ Remote Desktop Services (RDS) to connect to their Windows desktop virtually. This brought complications, such as needing a license for RDS itself and having to “rent” or license the underlying server operating system. WVD eliminates all of this for Windows 10 Enterprise subscribers.

White notes that WVD has some limitations when it comes to licensing spend, in particular not discounting the VMs, which means a “significant uplift in licensing costs.” There are also “complexities” related to some enterprise licensing agreements. However, he notes, from a technology perspective, the system offers virtual desktops a breakthrough opportunity for a number of reasons.

First, he says, Microsoft is “getting rid of the complexity of managing remote desktop secure gateways because they're providing that, which is huge. Secondly, they're pushing away a lot of the complexity it used to take from an engineering perspective to manage a remote desktop environment.” Finally, he adds, “It now really opens the door up to a lot of applications that really couldn't run well in a virtual desktop environment prior to this.”

With WVD, though, “Windows 10 multi-user on Azure allows very similar session-based computing on the Windows Server OS, but now for the native Windows desktop OS with Windows 10,” Hill explains. “They're advocating that solution as part of their product roadmap for Windows. … Now we’ve got Microsoft entering the market with the desktop-as-a-service offering.”

Jabra PanaCast Review - Get Your Huddle On
END_OF_DOCUMENT_TOKEN_TO_BE_REPLACED