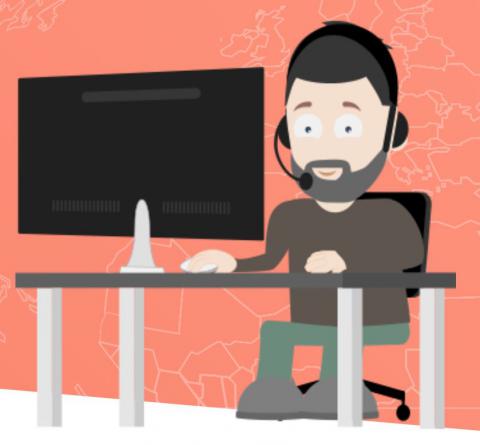 Popular overseas and with large businesses, the Slovenian vendor’s flagship solution is now available in the U.S. and Canada at subscription-based rates designed to make it an affordable supplement to similar tools from RMM vendors. By Rich Freeman
Tweet

ISL Online, a provider of remote access solutions to IT departments in 100 countries, has entered the North American managed services market.

In business for 25 years and headquartered in Slovenia, the company has over 200,000 clients, including Coca Cola, Mercedes, Accenture, and a variety of other large companies. Its software, which is currently the number one remote access brand in Japan, also powers the remote access components of the CloudCare and Managed Workplace products from managed services software maker Avast Business.

“ISL Online is kind of the big player that no one ever knew about in North America,” says Luke Walling, the company’s North American general manager.

In a bid to attract MSPs to the product, the edition of ISL Online’s flagship solution now available in the U.S. and Canada is the first to offer subscription-based pricing. The base package, which sells for $19.95 a month, provides up to 60 minutes of monthly use time and supports an unlimited number of concurrent sessions. Buyers can also pay $145 a year for 500 minutes of connection time and unlimited concurrent sessions.

For $46.90 a month or $469 a year, users get an unlimited amount of connection time for a single session. An additional $13.90 per month, or $139 annually, allows for unlimited simultaneous sessions.

Those price points are designed to be low enough to make ISL Online an economical supplement to—rather than replacement for—remote access tools from leading RMM vendors. According to Walling, the higher price tag on those systems often discourages MSPs from placing agents on all of a client’s endpoints.

“For MSP customers this is a no brainer,” he says. “You can deploy an access agent on every device you touch on a regular basis.”

The ISL Online solution can also serve as an affordable support option for customers not on a managed services contract, according to Jennifer Cutts, ISL Online’s North American director of sales and marketing.

“This is great for MSPs who maybe don’t want to say no to break-fix customers,” she states. “They can capture some money versus no money from those guys.”

Key features in the system include encrypted connections, two-factor authentication, and live chat communication. Users can turn a live chat session into a remote access session with a single click.

The system is backed during North American business hours by a support team based in Charlotte, N.C., and by ISL Online’s overseas operations centers at other times.

ChannelPro 5 Minute Roundup for the Week of May 23rd, 2022
END_OF_DOCUMENT_TOKEN_TO_BE_REPLACED