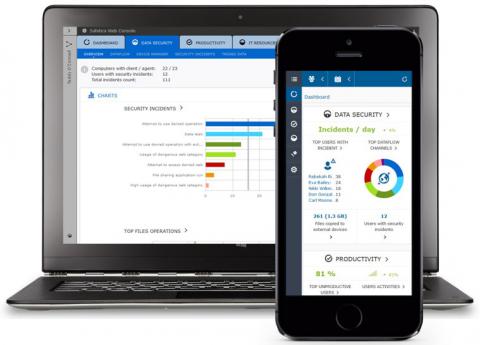 Now available in North America, the European vendor’s product is optimized for affordability and ease of use. It’s also the first solution backed by a new venture that seeks to bring overseas solutions to domestic channel pros. By Rich Freeman
Tweet

Led by a former employee of Amsterdam-based security and managed services software company AVG Technology N.V. and headquartered in the Czech Republic, Safetica has been doing business in Europe for 7 years. Its software is now available to channel pros in the U.S. and Canada as well.

DLP systems currently enjoy “single-digit penetration” among SMBs in those countries, mostly because the solutions available at present are typically too expensive for smaller IT budgets, according to Luke Walling, Safetica’s general manager for North America.

“We believe strongly this is an all business problem. It’s not an enterprise problem,” he says.

Safetica’s product is also designed to minimize the performance hit and implementation complications that DLP solutions can impose.

“Within the category, we believe this is one of the easiest to use pieces of technology that can address this specific threat,” Walling says.

Even so, he notes, configuring DLP software is not an easy task.

“You have to understand how data moves and flows inside of an environment to properly implement DLP,” Walling says. Safetica plans to help North American resellers navigate those challenges through a partner program also making its debut this week. In additional to training and technical support, members will receive a free copy of the Safetica solution for internal use and experimentation.

“We’ll help them deploy a not-for-resale license inside of their own environment to give them firsthand experience and get a handle on that themselves,” says Walling, who claims that partner program members will also receive margins on commercial Safetica licenses more than 50 percent higher than those offered by the vendor’s nearest competitor.

Walling’s name will be familiar to many in the channel. A long-time industry veteran, he has worked as a system builder and security solution distributor, and most recently served in executive roles at both AVG and the Prague-based security vendor that acquired it in July, Avast Software. Safetica is the first vendor backed by his latest business venture. Named Temprano Techvestors and launched three weeks ago, the Newton, N.C.-based company helps established ISVs in central and eastern Europe market, sell, and support their solutions in North America.

“We in essence become their North American business,” Walling says. “We literally do everything.”

Walling’s work at AVG frequently exposed him to strong products from European companies that lacked the know-how to reach overseas customers.

“Oftentimes I just see a huge gap in understanding how to take those products and position them correctly for maximum sales opportunity,” he says.

Temprano is designed to close that gap and widen the range of solutions available to U.S. and Canadian channel pros in the process.

“It’s harder today for the typical VAR and managed service provider to find profitable products that add real value to their customers and their service portfolio than really ever before,” he says. Systems backed by Temprano will offer functionality often unavailable elsewhere at competitive prices.

Walling ultimately expects to establish relationships with 3 to 5 European vendors. Like Safetica, those will generally be businesses with an established track record in their home territories and at least a few million dollars in revenue, rather than startups.

“We’re looking to mitigate a little bit of risk for us and the partnership in knowing that the existing market has adopted the technology,” Walling explains.

Temprano operates on a “margin or a margin plus equity basis,” according to Walling, who declines to specify whether or not he has equity in Safetica specifically.

“We take a significant percentage of the revenue upfront that comes in. We’re intending to build a business for our partners but we’re also placing a bet that all of that building will of course generate revenue and hopefully pay back in a short period of time,” he says.

Walling will have a title and responsibilities similar to those he holds at Safetica for all of the firms Temprano supports.

“Certainly that will spread me thin, but I’d wager that I can keep up for several years to come,” he states, adding that Temprano will launch multiple additional products like Safetica’s by the end of the year.

“The next 3 months are going to be busy for us,” Walling predicts.