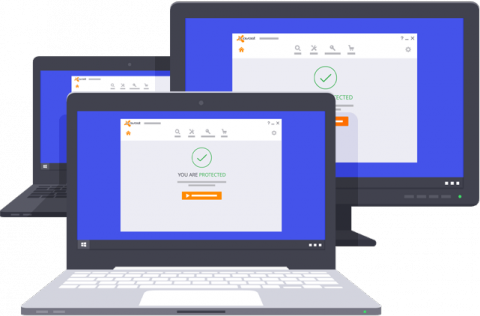 Many years in the making, the deal brings turns two “freemium” security software makers with complementary product offerings and market strengths into an industry leader that supports over 400 million end points. By Rich Freeman
Tweet

Avast Software, a Prague-based maker of security solutions for Windows PCs, has completed an agreement to acquire security and managed services vendor AVG Technologies N.V. in a deal valued at $1.3 billion. The purchase is conditional on AVG shareholders accepting an all-cash tender offer of $25 per share.

The acquisition brings together two companies with nearly identical business models founded on “freemium”-based security offerings as well as complementary market strengths, according to Avast CEO Vince Steckler. While Avast is stronger globally in consumer security, for example, AVG has greater penetration in English-language markets.

“You put that together and you’ve got a very good global consumer business,” Steckler says. The two companies will also have access to a deep shared pool of security threat and trend data collected from over 400 million end points.

“To really be good on security you need a massive sensor network,” says Steckler, who claims that Avast’s network will now be the biggest in the industry.

In addition, acquiring AVG shields Avast from the effects of shifting economic conditions and currency valuations by widening and diversifying the markets it competes in around the world.

“The broader geographic coverage you can get, the more stable of a business you can have,” Steckler observes.

AVG has a stronger position in mobile security than Avast too, he continues, thanks to its 2014 acquisition of San Francisco-based Location Labs, as well as an SMB channel that’s roughly five times bigger than Avast’s own.

Avast has a relatively small partner program too, which it expects to roll into AVG’s channel at an unspecified point in the future. That’s the biggest change for either company’s partners currently in Steckler’s plans.

“We have no desire to disrupt the AVG partner channel or cause their partners to get uncomfortable,” he says. “It’s an important business for us.”

Changes to AVG’s managed services solution set, which includes its Managed Workplace RMM platform, don’t appear to be a short-term agenda item either for Steckler, who says only that “what AVG is doing there is quite interesting. We like it very much.”

Today’s news comes amid an ongoing series of changes to AVG’s products, partner program, and global distribution strategy. Those moves, conceived and led by Fred Gerritse (pictured), who became general manager of AVG’s business sales and channel organization last November, are aimed at boosting revenues in the company’s SMB customer segment, which have been weak relative to overall financial performance. Digging into the details of those initiatives will be an early focus area for Steckler.

“Making the SMB business successful is a very high priority,” he says.

Indeed, Steckler freely concedes that SMB sales are an “investment business” for Avast and AVG at present. “It’s not break even,” he says, and the same goes for the combined company’s mobile business. That’s what makes the consumer-oriented freemium security product strategy Avast and AVG both share so important.

“It pays the bills,” Steckler says.

Signed last night after seven weeks of negotiations, the agreement Avast announced today was actually many years in the making.

“These two companies are like step children that kind of grew up together,” Steckler says. Both companies opened their doors around the same time in the Czech Republic, and their founders have been friends and colleagues ever since. Steckler has engaged in serious acquisition discussions with AVG six times in the nearly eight years he’s been in his present role, only to break those talks off each time.

“These are two very proud companies,” Steckler says. “We both went through a phase where we were both very arrogant.” That finally changed this year.

“Both of us believed it was better to be together than to be separate.”

Avast’s buyout of AVG joins the purchase of Dundee, Scotland-based LOGICnow by Austin, Texas-based SolarWinds Worldwide LLC as one of the largest and most significant acquisitions in the SMB technology market this year.