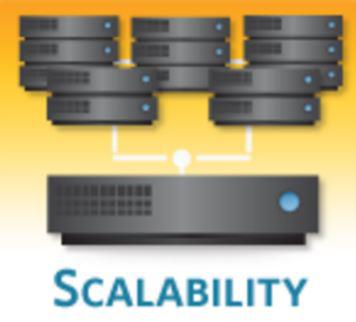 Yesterday’s news that Austin, Texas-based SolarWinds Worldwide LLC had acquired fellow managed services heavyweight LOGICnow, of Dundee, Scotland, left many of their partners stunned. Today, channel pros and other industry observers are sifting through the meaning of that transaction for those partners specifically and the managed services market generally.

Only good things, not surprisingly, is the answer provided by Alistair Forbes (pictured), the former general manager of LOGICnow who will serve as managing director of SolarWinds MSP, the new entity yesterday’s acquisition brought into being. An instant industry goliath, SolarWinds MSP helps over 18,000 MSPs globally manage more than five million end points and one million mailboxes, Forbes says, giving it a perspective on trends and needs in managed services no other vendor can match.

“That will be unique in the industry,” he asserts. “No one else has got that level of visibility.” Together with the roughly 400 engineers the new company will have doing research and development, Forbes adds, the upshot of that visibility will be more and better managed service products.

“What we should see is that the rate of innovation is very high,” he states.

MSPs will also benefit from the complementary skills SolarWinds and LOGICnow bring together, Forbes contends. SolarWinds has a deep heritage in IT management and process automation, he notes, while LOGICnow is strong in analytics and BDR. Joining forces will position the two companies to offer a more complete and varied solution portfolio.

For now, at least, that portfolio will include both the MAX Remote Management and SolarWinds N-able RMM platforms, Forbes stresses. SolarWinds MSP will ultimately roll out a single, unified RMM solution combining the best attributes of both those products, but not for a long while.

“Our respective MSP customers have built all their operational practices around these tools. It’s not credible for us to think we could ask them to make the switch from either one to the other,” he says. Plus, he observes, LOGICnow is a cloud-based RMM solution and N-able is on-premises. Offering both products equips SolarWinds MSP to give its customers a greater range of deployment options.

“We have the opportunity to extend and enhance both of those and give MSPs the choice of which one they want to adopt,” Forbes says.

MSPs are unlikely to see other SolarWinds MSP products disappear any time soon either. Though the new company will eventually perform a portfolio review to identify areas of potential overlap, Forbes says it has no imminent plans to discontinue any current offerings.

According to Forbes, MSPs aren’t the only ones who stand to gain from yesterday’s blockbuster announcement. Uniting SolarWinds and LOGICnow will benefit both those companies as well. SolarWinds MSP, he argues, will be the only vendor in the industry with the resources and solutions to support MSPs of every size, from the smallest one- or two-person shop to the largest nationwide operator. It will also have the scale and funds needed to make a serious push into the Asian market.

“[That] would have been much harder for us simply as LOGICnow,” Forbes says.

Forbes concedes, however, that those transactions were somewhat different than this latest one, as they chiefly involved big companies snapping up smaller ones with entirely different products strengths. SolarWinds and LOGICnow are both major players in the same solution category, RMM software, and their union suggests that the managed services space has reached a new level of maturity. And yet, Forbes notes, newcomers—including Atera, to cite one company we’ve written about at ChannelPro recently—continue to enter that space regularly.

“The market as a whole is still very active,” he says.

“This is a transaction that we’ve been contemplating for a long time,” he says.

In fact, SolarWinds first approached LOGICnow about a possible acquisition several years ago. Though both companies agreed then that market conditions weren’t yet right for such a deal, Forbes says that purchasing LOGICnow has been on the mind of SolarWinds president and CEO Kevin Thompson ever since. The moment he was waiting for finally arrived last October, when venture capital firm Silver Lake Partners and private equity investor Thoma Bravo LLC took SolarWinds private in a deal valued at $4.5 billion. With an ample supply of capital at his disposal, Thompson re-initiated acquisition talks with LOGICnow in February.

Insight Venture Partners, which according to Forbes was LOGICnow’s “primary investor” until yesterday, participated prominently in those talks. Based in New York City, the private equity and venture capital firm owns portions of Kaseya, BDR vendor Acronis International GmbH, and email management solution maker Mimecast, among other names familiar to SMB channel partners. SolarWinds has purchased 100 percent of Insight’s stake in LOGICnow, however, more or less eliminating any possibility of that firm spearheading additional consolidations among its companies in the future.

Meet the 2022 ChannelPro Vendors on the Vanguard
END_OF_DOCUMENT_TOKEN_TO_BE_REPLACED