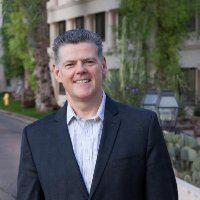 That final change is actually the most notable of the bunch. Based on software acquired through SolarWinds N-able’s 2015 purchase of Austin, Texas-based Capzure Technology, MSP Manager competes with the likes of ConnectWise and Autotask. Both of those vendors offer integrated RMM and PSA platforms, and with the launch of N-central 10.1, N-able now does too.

“Generally speaking, most of our customers want to reduce the number of suppliers they have,” observes JP Jauvin general manager of SolarWinds N-able. “They’re happy to see N-able providing best of breed solutions,” as both stand-alone options and now as a suite.

SolarWinds N-able has been hard at work integrating N-central with MSP Manager since last spring. That’s when the company actually purchased Capzure, though it kept the news under wraps for several months.

“We wanted to make sure we weren’t announcing vaporware,” Jauvin says. The system has been a hit with SolarWinds N-able partners, he continues.

“The payback and adoption has been beyond my most optimistic expectations,” he says. Some of the credit for that momentum belongs to MSP Manager’s feature set, Jauvin adds, which offers the core PSA functionality MSPs need at a more reasonable price than some of its competitors.

“[It] provides 80 percent of the MSPs with 100 percent of what they want,” he states, explaining that many of the providers he speaks with complain that PSA solutions too often come with expensive functionality they never use.

The debut of N-central 10.1 follows a busy few months for N-able, which included the launch of both MSP Manager and MSP Anywhere, a remote control access and support solution based on software acquired last year along with Portuguese software vendor BeAnywhere, and the sale of parent company SolarWinds to venture capital firm Silver Lake Partners and private equity investor Thoma Bravo LLC for $4.5 billion.

That last transaction, still pending, imposes legal restrictions that preclude Jauvin from saying much about when the successor to N-central 10.1 will reach market or what new features it will contain. He did however state that it will include more robust support for devices in Apple Inc.’s Mac line, something he says MSPs have been asking for even though their customers use Macs in relatively small numbers.

“It’s not necessarily the quantity of the Macs, it’s the quality,” Jauvin says. “A lot of the users tend to be VIPs or owners.”

Responding to similar market forces, SolarWinds N-able competitor LogicNow Ltd. today announced that it has acquired Mac-MSP, a software maker based in Lawrence, Kansas, that makes remote management software for the Mac platform.

ChannelPro Weekly Podcast: Episode #225 - Tech Babysitters
How To Learn about Information Technology on Your Own
END_OF_DOCUMENT_TOKEN_TO_BE_REPLACED