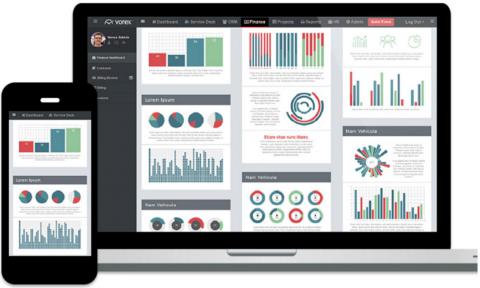 The cloud-based system is priced at $25 per seat, or nothing for one year if you’re migrating from a competing platform. By Rich Freeman
Tweet

Waltham, Massachusetts-based Kaseya Ltd. has added a PSA solution to its portfolio of IT monitoring, management, and security offerings. Named Kaseya Business Management Solution (BMS) and available immediately worldwide, the new product is priced at $25 per seat, which Kaseya claims is roughly two-thirds less than what competing vendors charge.

According to company CEO Fred Voccola, Kaseya BMS reflects feedback from MSPs that older PSA solutions are too complicated and expensive, as well as Kaseya’s own belief that existing products are too rigid to keep pace with a rapidly evolving, cloud- and mobility-oriented technology landscape.

“The PSA products in the market just weren’t getting the job done,” he says. Unlike those offerings, Voccola continues, Kaseya BMS is a natively cloud-based multitenant solution optimized for ease of use, flexibility, and speed.

It also, he notes, comes with built-in tools for importing data from other PSA solutions. To encourage MSPs to utilize that functionality, moreover, Kaseya is offering its new system free for one year to anyone migrating to it from the ConnectWise, Autotask, or Tigerpaw PSA platforms, and will “lock in” the $25 a seat rate after the promotion period expires. That price is all inclusive, Kaseya emphasizes, with no add-ons for MSPs to buy on top of it.

According to Voccola, Kaseya’s aggressive pricing strategy reflects the company’s conviction that while PSA solutions are critical tools for running a managed services practice, they’re not where MSPs should be concentrating their time and money.

“We believe that MSP’s should invest their money, invest their financial resources, in things that are growing the business,” he says. PSA solutions are overhead expenses that can distract MSPs from adding services, hiring salespeople, and other revenue-generating activities.

Today’s launch is the culmination of a roughly three-year, $25 million R&D process for Kaseya. Though the company did its initial designing and coding alone, it quietly began partnering on the project last year with Vorex Inc., a Dallas, Texas-based maker of hosted PSA software (and a 2014 ChannelPro All-Star of Tomorrow). Eventually, Voccola says, Kaseya chose to buy Vorex and its intellectual property outright, for an undisclosed sum.

“It’s a beautiful product,” says Voccola of Vorex’s PSA product. Kaseya opted to keep the Vorex buyout secret until its PSA offering was both ready to ship and fully integrated with the company’s RMM platform.

Kaseya’s announcement comes two weeks to the day after SolarWinds N-able became the latest managed services software vendor to offer integrated RMM and PSA solutions and some six years after ConnectWise made an equity investment in RMM provider LabTech. Autotask, meanwhile, acquired U.K.-based RMM vendor CentraStage in September 2014 and rolled out a solution based on its technology three months later.

Yet despite that apparent trend, which Kaseya has now joined, Voccola actually sees little benefit to MSPs in buying a suite of managed service solutions from one provider.

“It really doesn’t matter,” he says, so long as the solutions an MSP chooses have the right functionality, come at a price commensurate with the business value they deliver, and feature open APIs.

“We believe that customers should select the best in class,” Voccola states, stressing that Kaseya’s solutions will continue to interoperate with management and security offerings from other providers.

Kaseya BMS is unlikely to be the last addition to the Kaseya product family. Though solutions that help MSPs generate revenue will remain a higher priority, Voccola states, the company has its eye on operational product categories like quoting software as well.

“We will be continuing to invest, build, and buy in those areas,” he says, “I think that you’ll find that many of those [solutions] will probably be included at a low cost or at no cost with our business management system offering.”