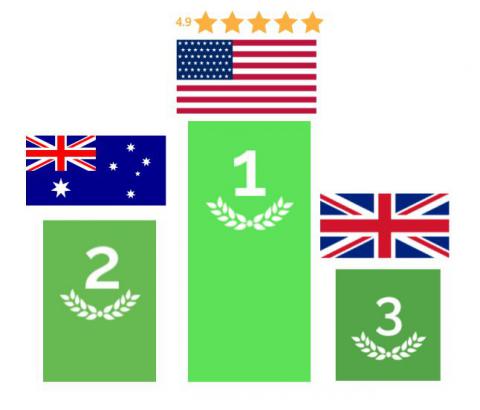 Available to anyone, versus users of the IT management vendor’s software alone, the report allows MSPs to measure their business performance against peers. By Rich Freeman
Tweet

IT management software vendor Atera has created a new benchmarking tool designed to help current and would-be managed service providers measure their business and financial performance against that of their peers.

Based on data collected anonymously and voluntarily from hundreds of Atera users worldwide, as well as the hundreds of thousands of devices those companies manage, the new system uses Microsoft’s Power BI data visualization tool to display industrywide averages in areas like how long it takes MSPs to act on a new service ticket, how long it takes them to resolve those tickets, and how much revenue they make per hour.

“If you’re below those numbers you’re not in good shape and if you’re above them you’re in great shape,” says Atera CEO Gil Pekelman.

Updated continuously, Atera’s Global Benchmark website is available free to anyone interested, rather than Atera customers alone. The topics it covers are based on direct input from those customers about which metrics they most want to see.

According to Pekelman, the new tool is as useful for potential newcomers to managed services wondering what standards they’ll need to meet as it is for existing MSPs eager to know how they measure up against competitors. Most companies in both categories, he notes, have traditionally had little to go on but guesses, trial-and-error experimentation, and informal feedback from fellow channel pros.

“This is hard data,” Pekelman says. “This is not interpreted and it’s not somebody’s opinion. It’s purely the data.”

At present, that data reflects Atera’s entire client base, but the company plans to augment it in the future with breakouts comparing the most successful MSPs to average ones.

Founded in Israel, Atera has customers in Europe, Australia, New Zealand, and elsewhere but only entered the North American market at the beginning of this year. Its solution, Pekelman emphasizes, is designed for maximum ease of deployment. “You can take our product and within half an hour you have an RMM and PSA running and working, and you do it on your own. It’s that simple,” he says.

In addition, Atera’s solution combines RMM, PSA, and remote control capabilities in a single code base designed from the ground up to support all three functions. That differentiates it, Pekelman says, from integrated families of stand-alone systems offered by vendors like ConnectWise and even from Autotask’s recently released all-in-one managed services solution, which merges separately developed systems not originally designed to reside under one roof.

Autotask’s is not the only managed services product that the Atera solution calls to mind. Atera’s flat-rate pricing resembles the per-domain fees associated with Datto’s new file sync and share solution, and the aggregated, anonymous metrics on the company’s new benchmark report are reminiscent of the data in LOGICnow’s LOGICcards predictive analytics tool.