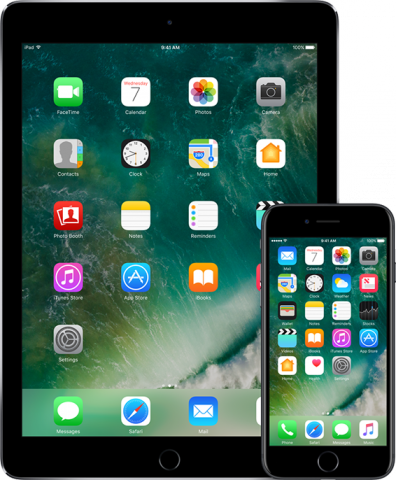 Businesses and partners can now buy not only HP’s own endpoints but iPhones, iPads, and Macs as well on a per-month, per-user basis. HP will provide support, managed services, and analytics for Apple products too. By Rich Freeman
Tweet

HP Inc. has expanded its Device as a Service (DaaS) offering to encompass hardware from Apple Inc., as well as its own virtual reality headsets and workstations.

The additions to the Palo Alto, Calif.-based OEM’s subscription purchasing program enable businesses and partners to purchase iPhones, iPads, Macs, and other Apple devices on a per-user, per-month basis from HP along with HP’s own desktops, notebooks, and mobile devices.

HP will provide support and managed services for the Apple products it distributes as well.

The company also announced today that the real-time hardware analytics and proactive device management features of its DaaS offer are now available to devices running Android as well as Windows, iOS, and macOS.

Those services, which Bill Avey, global head and general manager of HP’s Personal Systems Services group, has referred to in the past as “the real magic” in the DaaS program, draw on remote sensor and monitoring data to report on topics like how well endpoints are performing and which ones may soon require a new battery or storage drive.

Officially called DaaS for Apple, the Apple portion of HP’s DaaS service is available directly from HP and in the U.S. only at present. The company plans to offer DaaS for Apple in additional geographies and through select partners as well over the course of the coming year.

The virtual reality products now available from HP on an as-a-service basis include the HP Z4 Workstation, which is optimized for design, engineering, simulation, and other tasks requiring high-powered compute resources, and the HP Windows Mixed Reality VR headset.

“Our customers are seeking new ways to better manage the expansion of device types and operating systems across their workforce. With the launch of DaaS for Apple, HP is offering the leading multi-OS device management solution and raising the bar on service delivery,” said Avey in a press statement. “Our expanded support for mixed operating system environments across every phase of the device lifecycle, combined with our continued expansion into VR and data analytics, is providing smart, simplified solutions for the modern workforce and unlocking new growth opportunities for our customers, our channel partners, and our business.”

Becoming an Apple reseller enables HP to profit from a trend it’s powerless to halt: the rise of multi-platform commercial environments in which employees routinely use laptops, tablets, and smartphones made by different manufacturers and running different operating systems.

The new initiative also acknowledges HP’s limited footprint in the market for mobile hardware. Apple, by contrast, was the leader for both smartphones and tablets in IDC’s latest quarterly report, with a 19.2 percent share of the former market and a 26.6 percent share of the latter.

Becoming part of HP’s DaaS program potentially benefits Apple as well, despite its strength in mobile devices, by enabling it to grab a greater share of the business hardware market without building an expensive commercial channel and in-house support organization.

Apple made a similar bid for relevance in the enterprise three and a half years ago when it announced an offering called MobileFirst for iOS that combines its own hardware with mobile line-of-business software and services from IBM.

ICYMI: Our Channel News Roundup for the Week of March 30th
END_OF_DOCUMENT_TOKEN_TO_BE_REPLACED