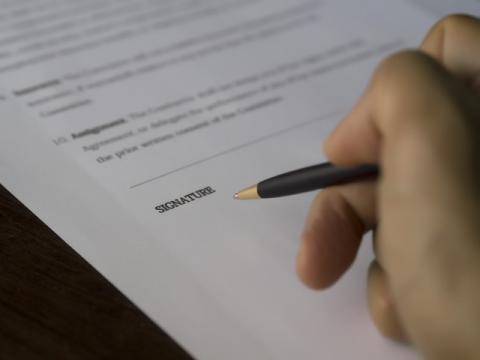 Distributor Ingram Micro Inc., of Irvine, Calif., has announced a new “technology as a service” offering that allows channel pros to charge a single bundled fee for solutions combining computer hardware, cloud solutions, and their own managed services.

The new offering builds on a subscription-based hardware purchasing plan first introduced last August. Resellers greeted that program, which offered 3-year contracts exclusively, with enthusiasm but have been clamoring for a wider array of terms, according to Kelly Carter, executive director of Ingram Micro Financial Services.

“Our partners were continually asking us for something more flexible,” she says.

The expanded subscription program unveiled today includes a broad selection of both short- and long-term options, including one that allows customers with unpredictable or frequently shifting needs to rent hardware for as little as 3 months before returning devices they no longer require.

“That’s a true flexible operating expense for them rather than an investment in equipment,” Carter notes.

At present, hardware rentals are limited to refurbished equipment only, but Ingram plans to rent new devices as well in the future, potentially with a minimum term longer than 3 months.

Ingram’s newly expanded subscription program lets resellers attach managed services and hosted applications from the distributor’s vast cloud marketplace to hardware subscriptions as well. End users pay a single monthly sum in such cases, and Ingram manages all of the billing on an invoice that can be white labeled.

In addition to easing accounting burdens, that model allows partners to charge for hardware and software the same way they already charge customers for services. End users, Carter notes, benefit as well from the ability to buy all of the items they need to meet specific business needs at once, rather than piecemeal.

“Everybody’s looking these days for that integrated solution,” she says.

Businesses also view technology subscriptions as a strategy for coping with recent changes to accounting rules that require them to treat equipment leases as capital investments rather than operating expenditures.

“Those leases that previously could have been kept off balance sheet as an operating expense now have to go on balance sheet and be capitalized,” Carter says. Buying hardware and software via subscription instead of a lease lets companies keep IT purchases in the opex part of their budget.

Adding as-a-service procurement is one of numerous ways Ingram is seeking to increase the flexibility of its finance offerings. Buyers now have access to conventional leases with quarterly and even annual terms, for example, in addition to more typical 30-day terms.

Qualified resellers can also add services to those leases, and potentially collect a portion of their service fees in advance on credit.

“They used to make a lot of profit up front with a big equipment sale,” notes Carter. “Now that profit is spread out maybe over months as part of a managed service agreement, but they still have a lot of those upfront costs. We’re trying to help front them that money where we can.”