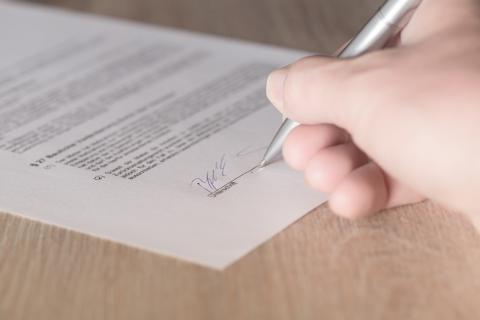 Starting next month, U.S. resellers will have access to a new “device-as-a-subscription” program that reduces hardware acquisition costs by up to 20 percent over a standard two-year term. By Rich Freeman
Tweet

Distribution giant Ingram Micro Inc., of Irvine, Calif., has announced plans to offer a “device-as-a-subscription” hardware purchasing option to resellers in the U.S.

Starting next month, VARs will be free to finance the acquisition of everything from laptops and tablets to servers through Ingram Micro Financial Services, the distributor’s in-house financing organization, in much the way auto buyers lease new cars. Monthly payments will be based only on the portion of a new device’s value lost during a subscription’s lifespan.

For example, if a $1,000 notebook PC drops $800 in value over the course of a two-year term, resellers will pay a little over $33 a month plus interest to essentially rent the unit. They can then replace the device with a new model when the subscription agreement expires. Monthly payments under a conventional financing scheme would be based on the hardware’s full $1,000 price tag.

“It gives the [reseller] a different look at how they can procure products for their customers,” observes Kirk Robinson (pictured), Ingram Micro’s senior vice president for commercial markets and global accounts, of the new program.

Ingram Micro estimates the new financing option, which it announced during CompTIA's 2016 ChannelCon event in Hollywood, Fla., will cut hardware costs by up to 20 percent over a standard two-year term, with longer terms available as well. VARs can pocket those savings if they choose, but the distributor expects most VARs to pass them along to customers they hope to entice into refreshing their hardware when a subscription ends.

The new program, which will be available to Ingram Micro's entire U.S. partner base, was inspired by input from both resellers and OEMs hungry for flexible new procurement models that make acquiring hardware easier, as well as by Ingram's financing unit.

“We’re always looking for alternative ways to deliver product into the marketplace and simplify a sale,” Robinson states.

Partners outside the U.S. will get access to device-as-a-subscription financing in the future as well, though Robinson declined to specify when.

Ingram Micro is adding subscription-based device purchasing just weeks after a similar announcement by Microsoft during its Worldwide Partner Conference. Like that earlier offer, the Ingram Micro financing scheme lets business owners convert hardware acquisition from a capital investment into an operating expense while allowing partners to turn device sales into another source of monthly recurring revenue, along with cloud computing services.

“It’s a great chance to really bundle in the hardware components into that revenue stream too and make it cash flow neutral for the partners,” observes Robinson, who adds that Ingram and Microsoft are currently developing bundled offerings that will combine hardware and cloud-based software.

“We’re working with Microsoft on multiple options of the Surface product along with anything that can be attached,” such as Office 365, he says. “It’s part of the things we’re working out over the next 30 days before we officially launch.” Other device makers are welcome to forge similar deals.

“If there’s an appetite for it, we’re definitely going to take the lead there,” Robinson says.