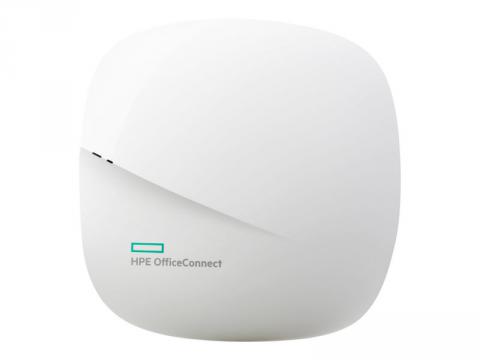 Hewlett Packard Enterprise has added new SMB editions to its ProLiant Gen10 server family and introduced both a wireless networking solution for small businesses and new subscription-based financing options for those and other HPE products.

The new servers include the same built-in security functionality as the rest of the ProLiant Gen10 portfolio that Palo Alto, Calif.-based HPE unveiled in June. Embedded technology in those servers establishes a direct, cryptographically secured relationship during the manufacturing process between each unit’s compute hardware and firmware, resulting in what HPE calls a “silicon root of trust” that protects the device all the way from the factory to production deployment.

“We really are the only ones who have built that security in, all the way in to the DNA of the server,” says Brad Parks, HPE’s director of product marketing for storage and big data. “We think this will be definitely of interest as people are approaching server refresh cycles.”

Three new ProLiant Gen10 SKUs were announced today, all of which are available immediately. The ProLiant ML110 Gen10, which is priced at $1,299 and up, is a single processor tower server offering a 21 percent performance increase over its Gen9 predecessor, according to HPE.

The ProLiant DL580 Gen10, which is aimed at midsize businesses, scales from two processors up to four, and lists at $15,449 and up.

Accompanying those servers in today’s launch wave is a new Wi-Fi solution for businesses with fewer than 100 employees. Called the HPE OfficeConnect OC20 and available for purchase now, it’s designed to be easy enough for even a company with no in-house IT staff to install. The system retails for $250.

HPE’s new Consume IT for SMB financing program, also announced today, enables businesses to pay for servers, storage, and other infrastructure gear through monthly subscription fees rather a big upfront check. According to Parks, the package was partially inspired by input from buyers eager to pay for onsite hardware the same they do public cloud resources from Amazon Web Services, Microsoft, and others.

“What a lot of our on-premises customers are seeking is that level of predictable payment structure for some of the infrastructure that they still want to retain on-premises,” he says.

Consume IT for SMB is also designed to mimic the public cloud’s scalability and flexibility. For example, customers can buy select HPE hardware with expansion capacity pre-installed, and then pay for those resources only when they become needed. Other HPE products will use metering software to let businesses pay for compute power on a consumption basis.

The new financing package joins earlier, similar offerings from HP Inc., Microsoft Corp., and Ingram Micro Inc. HP introduced its device-as-a-service program in June of last year, and expanded it earlier this month. Microsoft announced subscriptions for Surface devices and the Windows 10 operating system in July 2016 during its annual worldwide partner conference. Ingram followed suit last August, and added enhancements to its “device-as-a-subscription” program this May.