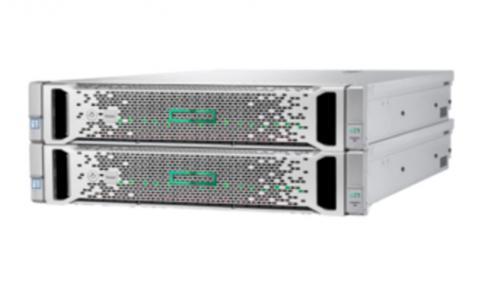 Hewlett Packard Enterprise has shipped new flash storage and networking products that extend capabilities previously available only to its enterprise customers into the SMB space.

Those offerings include a new entry-level addition to HPE’s MSA storage portfolio. Listed at $5,500 and up, the new MSA 1050 hybrid array combines flash and hard disk drives in a single chassis.

“It’s a very aggressively priced entry point in to our flash portfolio,” says Brad Parks, director of product marketing for storage and big data at HPE, which is headquartered in Palo Alto, Calif.

Users of both the MSA 1050 unveiled today and the MSA 2050 that HPE introduced in May can now also establish direct SAS connectivity to HPE ProLiant Gen10 servers as well, the company revealed today, enabling organizations that wish to capitalize on the performance advantages of flash storage to do so without deploying additional network infrastructure.

“The SimpliVity products HPE has brought to bear since that acquisition back in February were aimed a little bit higher in terms of price banding,” Parks says. “This small configuration really is tailor-made for SMBs [and] remote offices.”

HPE announced as well today that effective November 1st all of its Nimble Storage flash products will be available to—and sold exclusively by—its entire worldwide channel. HPE acquired Nimble in March, and has been selling the company’s products through legacy Nimble partners exclusively until now.

“The mainstream HPE channel partner community can now take advantage of that for a massively broader set of customers than Nimble was able to do previously as a standalone entity,” Parks says.

According to Parks, HPE’s latest flash solutions arrive amid rapidly swelling demand for flash products among businesses of all sizes, including SMBs.

“It’s like bacon for the data center,” he says. “People just want more.”

That shift toward flash storage is accelerating sales of associated products in areas like networking, Parks continues.

“It’s having a ripple effect on other pieces of the environment, and that’s where the channel really can take advantage of the breadth and depth of [HPE’s] portfolio,” he says.

“They’re really designed for storage traffic, and specifically for this kind of all-flash storage traffic, so that you can maintain extreme low latency from your storage all the way to your compute and end users,” Parks says, adding that companies contemplating a flash storage rollout need to re-think their network as well.

“It doesn’t make sense to buy a Ferrari and then run it on a dirt road,” he says.

All of the storage and networking products HPE introduced today are available immediately, and reach market on the same day as the first ProLiant Gen10 servers for SMBs, a new small business Wi-Fi solution, and a new set of subscription-based financing offers designed to let buyers of on-premises hardware enjoy the flexibility and scalability provided by public cloud computing environments.