Datto In No Rush to Launch Security Strategy 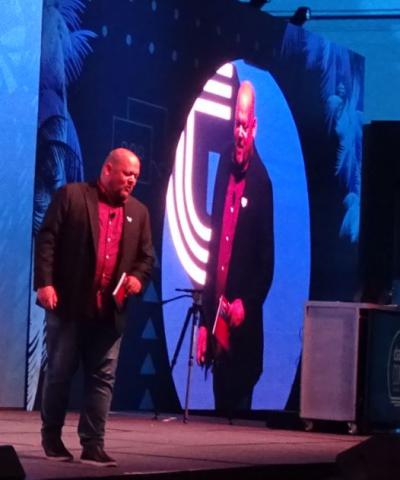 Though the managed services vendor has a toe in the security water through steps like its alliance with email security vendor Vade Secure, business development exec Rob Rae (pictured) says it’s biding its time before rolling out anything more ambitious. By Rich Freeman
Tweet

Security, it goes without saying, is a hot topic, within the IT world generally and among members of the managed services vendor community specifically.

Datto, by contrast, is taking a far more cautious approach. “I still think we have some time to figure out what the right strategy is before we really jump in feet first,” says Rob Rae, the company’s vice president of business development. Rae spoke with ChannelPro at its 2019 DattoCon event, which concluded yesterday in San Diego.

Though companies worldwide will spend $103.1 billion on security-related software, hardware, and services this year, and over $21 billion specifically on managed security, according to IDC, Rae believes it’s too soon for vendors like Datto to be pushing their partners into becoming cybersecurity service providers.

“We’re too early,” he says. “There’s need. There’s absolutely no doubt in my mind there is need today. I think that from a pricing perspective, there’s not enough pain in the SMB space that we’re going to find enough of those end users that are willing to pay for security.”

Or at least an advanced security bundle sold over and above what end users are already buying, says Datto CEO Tim Weller. The average SMB decision-maker thinks they’re getting security now, he notes. “Going back to them and saying, ‘it’s an extra $20 a month per seat’ is sometimes challenging.”

Not that Datto has nothing underway in security. At DattoCon this week, in fact, it announced an agreement with Vade Secure to sell that company’s email security software, which currently protects 600 million mailboxes around the globe, to users of its SaaS Protection cloud-to-cloud backup product for an incremental $2 per seat per month. Additional moves along similar lines are likely to define Datto’s security strategy in the near term.

“You can see sort of like our initial attempts or initial thoughts there,” says Chief Product Officer Emily Glass of the Vade alliance. “A more concerted effort is something that we’re talking about internally.”

Rae hints at the kind of opportunities the company is looking for as that talking proceeds.

“Think about what Datto’s traditionally been good at,” he says. “We find technologies that are maybe underserved, undervalued. We find technologies that are in the enterprise space and not in the SMB space, where they’re designed for enterprise, but don’t have an SMB price point or SMB-type strategy. Products that don’t have … channel programs that we can bring to the MSP community. I think that’s where our opportunity’s going to be.”

In the meantime, partners aren’t pressuring Datto to articulate a security strategy, Rae continues. “They’re coming to us more along the lines of what are you guys doing from a security perspective within what I already have?”

The answer is quite a bit. Just like its competitor ConnectWise, in fact, Datto is serious about keeping its existing products as secure as possible. “I think there’s a lot to do right there before we start throwing little point solutions out at MSPs,” says Weller. “We’re very focused and have a very large team focused on our own security.”