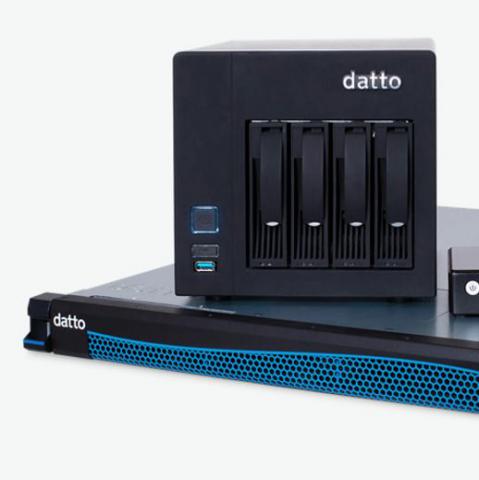 New and enhanced offerings showcased today at the vendor’s DattoCon event include an image-based business continuity solution for PCs, an email security add-on for the company’s SaaS Protection product, and a new edition of the SIRIS BDR appliance. By Rich Freeman
Tweet

Datto has rolled out major updates and additions to its business continuity and disaster recovery portfolio, including a new business continuity solution for PCs, the addition of integrated email security and per-user pricing to its cloud-to-cloud SaaS Protection service, and a new edition of the company’s flagship SIRIS BDR solution.

The MSP platform vendor announced those and a wide range of other product launches and enhancements today at its 2019 DattoCon event in San Diego.

The new PC continuity solution, which is called Datto Cloud Continuity for PCs and available immediately in the U.S., is designed to provide an all-in-one answer to PC data protection. Unlike Datto’s File Protection solution, which can restore files and folders, Cloud Continuity for PCs recovers entire PC images as well. It also virtualizes PC images in Datto’s cloud, allowing users with lost or damaged workstations to remain productive until a replacement device is available.

Significantly, the new solution protects endpoints without assistance from a backup appliance, making it the first endpoint BDR offering from Datto that does not require locally-installed hardware. The monthly subscription fee covers up to a terabyte of data and includes one year of retention in Datto’s cloud. There are no overage charges or extra charges for virtualization or recovery.

“We want to leave you plenty of margin,” said Datto CEO Tim Weller this morning in a DattoCon keynote.

Datto competitor Kaseya introduced an appliance-free backup solution via its Unitrends business unit last month. That product protects files only, however, and doesn’t virtualize endpoints in the cloud.

Datto opted to partner with Vade on the new feature based on the depth of that company’s experience in email security, as well as the massive scale of its threat intelligence database. Vade’s software, which is used by giant telecommunication providers like Comcast, Vodafone, and Telstra, currently protects some 600 million mailboxes globally.

“The biggest data set is the best data set,” said Weller in his keynote.

The Vade platform is highly automated as well, adds Adrien Gendre, the company’s chief solution architect, making it more profitable for MSPs. “It’s very low maintenance, so they can increase their margin,” he says.

Datto Chief Product Officer Emily Glass points to the system’s low administrative overhead as one of several reasons the product is a strong fit with Datto’s own solutions. “The MSP doesn’t have any labor involved,” she says. “They just kind of set it up and then it runs, and the software does the work for them. That’s really the type of solutions that we’re interested in developing for [MSPs], because time is money.”

Beginning August 1st, Datto partners will be able to provision and manage Vade Secure licenses through the same portal they use to administer their Datto BDR and other offerings.