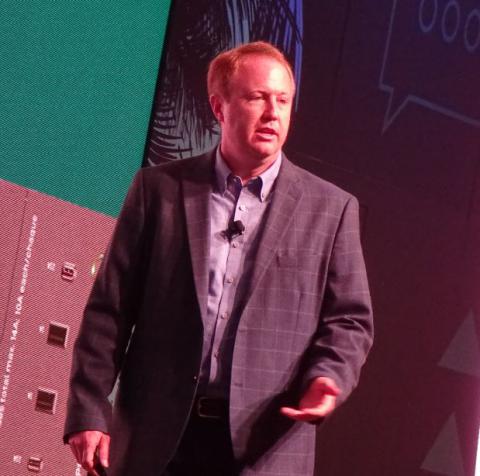 Datto has added a new line of switches with layer 3 functionality and an all-new management tool to its portfolio of cloud-managed networking products.

Unveiled today at the vendor’s DattoCon 2019 event in San Diego, the dual offerings work together to offer increased capabilities without increased complexity, according to John Tippett, vice president of the Datto Networking product family.

“You have the ability to more specifically control traffic in the network, but paired with a cloud management platform that’s intuitive, and straightforward, and easy to use,” he says.

Datto’s E310 switches, which are due to reach market this summer, are designed to provide enterprise performance at an affordable price. Devices are available in 8-, 24-, and 48-port models. In addition to layer 3 routing, all three SKUs include power over Ethernet functionality plus 10Gb SFP+ with Direct Attach Cable support and built-in 802.1x radius authentication.

“Instead of having specific settings that you have to set at the switch per port, having authentication like that allows you to authenticate based on who the user is and how the user is connecting to the network,” Tippett states.

Like many other features in the new product family, the E310’s authentication technology directly reflects input from Datto partners. “Your feedback literally defines our roadmap,” said Tippett this morning in a DattoCon keynote address.

The E310 line is the latest generation of Datto’s E-Series switches. A separate set of L-Series devices provide less robust functionality at lower prices. Pricing for the E310s has yet to be determined, but Tippett expects it to vary little from what partners are paying today for less powerful products.

“We want to keep the entry price point in the same area as the current E-Series,” he says.

Datto’s new Network Manager tool is the Datto Networking portfolio’s second administration console. The first, which remains available, was developed by Open Mesh, the networking vendor Datto acquired in 2017. “It was easy to use, but it was built for broad adoption,” Tippett says.

Network Manager, by contrast, is designed from the ground up for use by managed service providers. MSP-focused features in the new platform include detailed audit logging. “Now you can see any change that was made to the network, who made the change, and exactly when they did it,” said Tippett in his keynote.

Network Manager offers more sophisticated alerting capabilities as well. “We had basic alerts before, but the time to fire the alerts was a little slow,” Tippett says. “We not only sped that up, but we have enhanced the choices that you have and the things that you can get alerted on.”

Available now, Network Manager is included with Datto Networking products at no extra cost, along with lifetime warranty coverage, advance replacement service, and 24/7 technical support. All of those features are priced at monthly rates to align with an MSP’s recurring revenue stream.

Datto has added seven new solutions to its networking portfolio since the product family’s debut close to two and half years ago. Roughly 2,000 partners sell Datto Networking systems at present, according to CEO Tim Weller, who called networking “the newest and largest recurring revenue opportunity” for MSPs in Datto’s channel today during a keynote presentation.

Elsewhere at DattoCon today, Datto announced the addition of support for Datto Networking products to its Datto RMM solution.