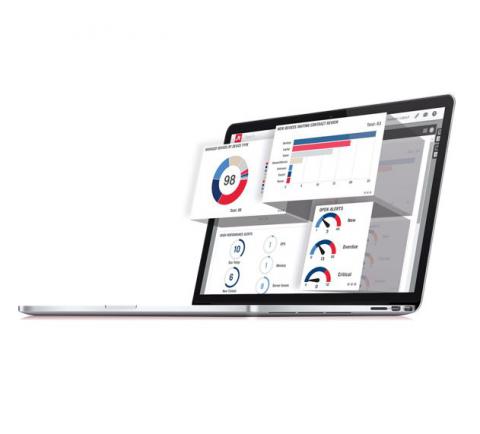 Timed to coincide with the vendor’s DattoCon event in San Diego this week, the software includes a beta edition of new HTML 5 remote control technology, an enhanced PSA mobile app, and a wide range of UI enhancements. By Rich Freeman
Tweet

Datto has updated its RMM and PSA solutions, adding more flexible remote control options to the former, an enhanced mobile app to the latter, and a variety of UI enhancements to both.

The new releases, which are the latest installments in Datto’s recently adopted quarterly refresh cycles, debuted during the vendor’s 2019 DattoCon event in San Diego.

Currently in beta, new HTML 5 remote control technology for Datto RMM allows users to connect with customer workstations via a web browser from any tablet, smartphone, or PC without first installing an agent.

“We want Datto RMM to work great on any device,” said Matthe Smit, director of product management for RMM at Datto, in a DattoCon keynote yesterday. “It’s also super fast.”

The new functionality replaces an earlier remote control application based on software from Splashtop, according to Adam Stewart, senior vice president of engineering at Datto. “You needed their client, which was a separate install on both your host machine and the machine that you were taking over,” he says. “That’s just another hurdle to get in the way.”

Datto expects the HTML 5 tool to enter general availability in the third quarter of the year. New integration between Datto RMM and Datto’s portfolio of networking and managed power devices, also previewed at DattoCon this week, is set to arrive in that same timeframe. According to Stewart, the new functionality will boost technician productivity by allowing users to monitor and manage switches, access points, and other Datto Networking products without exiting the interface they spend most of their day in.

“It’s going to save our MSPs time, which is relentlessly what we want to do for them,” he says.

The forthcoming integration, which Datto will provide to its RMM customers at no extra cost, will draw on capabilities in the new management tool that Datto added to its networking portfolio this week.

A new user interface for Datto RMM’s Device Summary pages is available immediately. Based on a modernized design language the vendor plans to eventually use throughout the system, the revised pages will employ a vertically-oriented layout and a collapsible left-hand menu that frees up space for management details.

“All the relevant information is now available on a single beautiful page,” said Smit in his presentation yesterday.

Both the new RMM release and the latest version of Datto’s Autotask PSA product also let users switch from the standard white interface to an eyestrain-reducing “dark mode.”

In addition, Autotask PSA now includes an account-level dashboard that provides information about all of a client’s sales and support information in one consolidated location. The new tool is designed to give salespeople and technicians a quick snapshot of issues that could come up during a call or meeting.

“I don’t want to spend time trying to figure out what’s been going on,” says Joe Rourke, director of product management for Autotask PSA. “Just let the system tell me.”

Completely overhauled editions of the LiveMobile app for Autotask PSA, which were also introduced at DattoCon, replace earlier webpage-based systems with fully native mobile software. The iOS version includes an all-new ticketing interface based on the UI found in the desktop PSA.