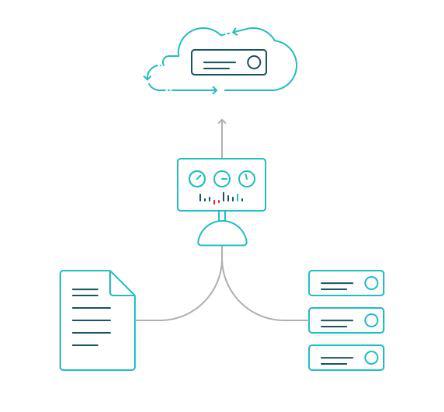 Called Unitrends Cloud Backup and available at “aggressive” prices, the new offering is designed to provide an affordable alternative to appliance-based BDR solutions that replicate data to the cloud. By Rich Freeman
Tweet

Called Unitrends Cloud Backup and due to reach market later this month, the new offering is designed to provide an affordable data protection alternative to companies that have too few servers to justify an appliance-based disaster recovery solution, need to conserve capacity on a disaster recovery device, or prefer to send backups straight to the cloud rather than save them locally first and then replicate them online.

“Anybody who has a Unitrends appliance at their location and wants to do backup would probably be interested in looking at something that doesn’t use valuable space on their appliance and allows them to take that data directly to the cloud as well,” says Mike Sanders, general manager of Unitrends.

Sanders expects channel pros and corporate IT departments to find Unitrends Cloud Backup an attractive option for protecting documents, photos, videos, audio recordings, and other file-based PC data. “I think it makes a lot more sense to use this product for workstations than the stuff that we have currently out there,” he says, adding that the new system is a good fit for organizations with mobile users and remote offices as well.

“Those are going to be slam dunks for a product like this,” Sanders says.

A multi-tenant solution, Unitrends Cloud Backup should appeal to MSPs in particular, Sanders continues. “We get a very large percentage of the MSPs that come to talk to us or are looking for a solution like this,” he says. The MSP edition of Unitrends Cloud Backup will be offered through Unitrends MSP, a Unitrends subsidiary launched in December 2017.

Kaseya, which has owned Unitrends since May of last year, will ship a separate edition of the cloud backup product within the next few weeks. Like Kaseya Unified Backup, a previously-introduced Kaseya solution derived from appliance-based Unitrends technology, Kaseya Cloud Backup will be a fully embedded component of Kaseya’s VSA remote monitoring and management solution that users operate through that system’s centralized administration console.

“What that means is that clients can come to a single pane of glass to do their management, and it also means that they can look at one company to deliver across the entire backup spectrum,” Sanders says.

Unitrends will sell the new solution at lower rates than many competing products too, he adds. “We’re definitely going to be coming out of the gate with aggressive pricing,” Sanders says. Support for backing up server files directly to the cloud along with workstation data will become available in the third quarter of this year at similarly low prices.