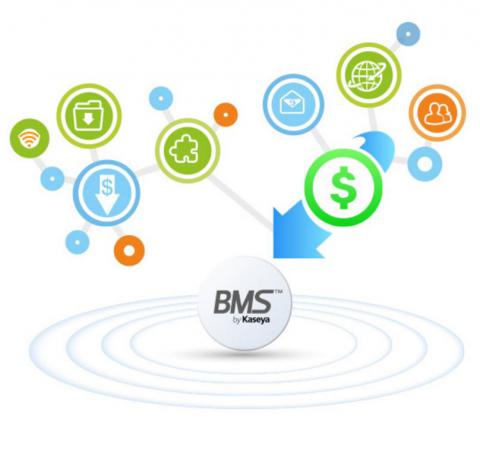 Initially tailored to the needs of managed services cooperative The 20, which plans to become a Kaseya user, the new functionality lets multi-MSP organizations work collaboratively across federated yet fully distinct deployments.

Kaseya Ltd. has shipped a new edition of its PSA solution with support for franchise organizations and other multi-tenant users.

Introduced at the Kaseya Connect partner conference, which is currently taking place in Las Vegas, the updated release of Kaseya’s Business Management Solution (BMS) specifically addresses requirements brought to the managed services software maker by The 20 Group, a Plano, Texas-based MSP cooperative with over 70 members across the U.S. who share common tools and processes.

The 20 plans to replace ConnectWise Manage, the PSA solution it currently uses, with Kaseya BMS, and will also utilize Kaseya’s Virtual System Administrator (VSA) remote monitoring and management solution instead of ConnectWise Automate, the RMM tool known until last November as LabTech.

In a ChannelPro exclusive, Tim Conkle, CEO of The 20, revealed that Kaseya has added the same multi-tenant functionality now officially available in its PSA software to VSA as well. Kaseya has yet to promote those changes publicly.

The new BMS and VSA functionality allows organizations like The 20 to create parent-child deployments of those systems in which independently operated MSPs can each have their own fully distinct implementation yet share policies, processes, and information with a headquarters group via secure trust relationships.

That arrangement enables a parent-level service desk, for example, to view and manage a child-level MSP’s support tickets, while allowing the MSP to share some client records with its corporate parent while keeping others private.

At present, all of The 20’s MSP members share single instances of ConnectWise Manage and Automate with common databases.

“In one instance, the bigger it gets the slower it gets,” notes Conkle, adding that those scalability constraints have limited his company’s growth.

“I’ve literally got MSPs that want to come on board that I can’t transition in our present PSA and RMM,” he says. “It’s been a problem for a couple of years.”

The sequence of events culminating in today’s announcement originated roughly 6 months ago in a phone call between Conkle and Kaseya CEO Fred Voccola that led to more formal discussions about what it would take to win The 20’s business. According to Conkle, Voccola not only agreed to adapt BMS and VSA to his company’s requirements, but to sign a contract to that effect.

“They put their money where their mouth is,” he says.

Kaseya had more than just The 20 in mind when it made that commitment, according to Jim Lippie, the company’s general manager of cloud computing.

“The 20 is the first one to benefit from it, but others will benefit from it as well,” he says. “Every franchise organization that we’ve spoken to has been very excited about this functionality.”

Keeping Tabs on Employees at Home | Are Certs Worth it? | Easy O365 Migration | and more
END_OF_DOCUMENT_TOKEN_TO_BE_REPLACED