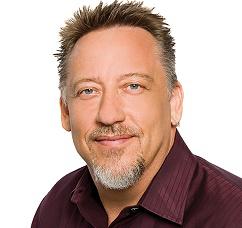 Hard to say, actually. Call it an MSP cooperative with standard processes, shared tools, and a leader bent on nothing short of dominating the North American managed services market. By Rich Freeman
Tweet
Reader ROI:
The 20 is an MSP cooperative whose members use common processes and tools but retain their independence as business owners.
The combo enables MSPs to scale more efficiently than would otherwise be possible without sacrificing their autonomy.

The first, and mostly easily solved, mystery about The 20 is the significance of its name. One need only consult the organization’s vision statement to find the answer to that one: “The 20 is a best-in-class group of like-minded MSPs that collectively exists to dominate the top 20 percent of the market.”

Try defining The 20 any more specifically than that, however, and matters start getting murkier. Is it a franchise organization, like TeamLogic Inc. or CMIT Solutions? Well, yes, in that it uses a single set of tools and processes, but no, in that its members are all individually owned and managed.

Is it a peer group? Kind of, in that members readily share insights, best practices, automation scripts, and even customers with one another. But a peer group generally doesn’t market itself nationally as a single company serving up IT support everywhere it does business as consistently as McDonald’s serves up hamburgers.

In fact, the only sure things about The 20, before you get to know it a little better, are that it’s hard to pin down precisely and ambitious as hell. Indeed, according to owner and founder Tim Conkle (pictured), who runs The 20 out of his office in Plano, Texas, the organization’s ultimate goal is nothing short of global conquest. “I honestly want this group to own the world,” he says.

That still, however, leaves the most central question about The 20 unanswered: What exactly is it?

The Power of Many
Calling it a managed services co-op is as good a starting point as any. Like auto dealerships and soft drink bottlers, MSPs that join The 20 are independent businesses that have voluntarily agreed to do certain things in the same manner as everyone else.

“Everyone has to kind of sing the same tune,” Conkle says. Deploying workstations, troubleshooting network issues, and documenting tickets in consistent, proven ways honed through collective experience both lowers administrative overhead and raises customer satisfaction. “It’s made us a better company,” says Charles Henson, managing partner of Nashville Computer Inc., an MSP based in Brentwood, Tenn., and a member of The 20.

Just as important, using consistent processes assures customers that they’ll get solid, predictable results from The 20 no matter where they do business with it. “If you’ve got everybody saying six different things, you’ll never build a brand,” Conkle notes.

Getting everybody on a single set of tools is equally critical, he continues. MSPs in The 20 pool their data in one RMM, PSA, and documentation system, for example, which holds costs down by giving members collective buying power with vendors. “That’s the other byproduct of being part of a group,” Conkle observes. “We negotiate really, really good rates.”

Using one set of management solutions has the added benefit of enabling group members to support clients with satellite offices more easily too. Many MSPs can locate an out-of-town collaborator when they need one, but even if that person can be trusted not to poach your customer he or she won’t know the first thing about that company’s needs. The 20’s shared processes and management infrastructure ensure that fellow members in remote locations have self-serve access to thoroughly documented information about every ticket ever filed on a given customer’s behalf, in a format their technicians will immediately recognize.

Secret Sauce
The 20’s centralized 24/7 help desk, meanwhile, is arguably even more valuable than its communal RMM and PSA systems, as it empowers members to support more and bigger customers with fewer employees than would otherwise be possible. “We’re literally giving them the tools to be big companies,” Conkle says.

Consider the case of Spot Migration Co. A three-person IT shop in Chicago with no recurring revenue and maybe $8,000 of break-fix work a month when it joined The 20, it’s now a three-person MSP coming off 1,200-plus percent growth in a single year, according to Will Foret, the company’s president. “All the sudden I’m talking to 200-person clients and I’m [thinking], ‘I can do this’ with complete confidence,” he says.