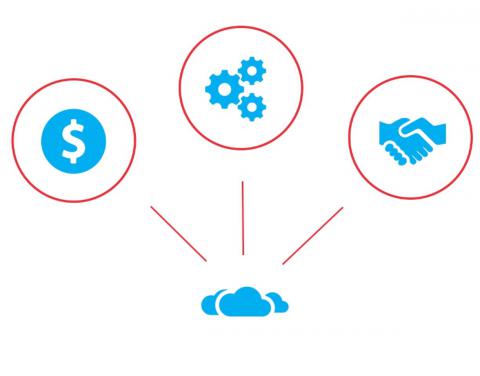 The move adds tools for administering online infrastructure and applications to the company’s existing management solutions for on-premises resources.

Terms of the transaction, which was completed at the end of March and announced today in conjunction with the Kaseya Connect partner conference currently underway in Las Vegas, were not disclosed.

Founded by Kirill Bensonoff, a former MSP, Unigma offers monitoring and management software for Microsoft Office 365 and Azure, as well as Amazon Web Services and Google Cloud Platform. The system also comes with functionality for preparing usage-based client bills for those services and a cost optimization utility, introduced in August, that helps end users save money by eliminating underutilized resources and switching to more economically-priced or appropriately sized service plans.

Kaseya, which has dual headquarters in Miami and New York City, will initially operate Unigma as an independent subsidiary under its original name. Bensonoff will serve as CEO of that unit, as well as product manager of the Unigma product line.

“They’ve done a good job over the last year or so of creating a brand for themselves,” says Jim Lippie, Kaseya’s general manager of cloud computing. “We didn’t feel it was necessary at this point in time to call them Kaseya.”

According to Lippie, adding Unigma’s Cloud Management Suite to Kaseya’s current solution portfolio arms its partners turn cloud computing from a drain on profitability to a source of high-margin ongoing service and support revenue.

“Just reselling Office 365 or Google Apps for 10 percent, 20 percent margin on a $7 mailbox isn’t going to cut it,” he says. “They need to figure out, and it’s our job to help them figure out, how to monetize these types of services.”

Bensonoff, for his part, says that joining forces with Kaseya gives Unigma users hybrid cloud administration capabilities spanning on- and off-premises resources for the first time.

“We’ve never had a private cloud offering,” he notes.

At present, there is no integration between Unigma’s software and Kaseya’s other management solutions. Connections between those systems will arrive at an unspecified point in the future, says Lippie, noting that Kaseya wants to make changes like that in a manner that doesn’t disrupt previously announced product roadmap milestones.

According to Bensonoff, the acquisition announced today is the latest evolution of a close and long-running partnership between his company and Kaseya.

“[I] just had a lot of relationships on the product side as well as one the people side,” he says.

Lippie cites Kaseya’s relationship with Bensonoff as a factor in its decision to buy Unigma as well, along with the Unigma software’s ease of management and breadth of functionality.

“We just felt it was the best fit for what we were looking to provide our customers,” he says.

Other managed service software vendors, including ConnectWise, Autotask Corp., and AVG Business by Avast, already offer cloud management solutions, though many of those systems offer support for Office 365 only.

ChannelPro 5 Minute Roundup for the Week of January 23rd, 2023
END_OF_DOCUMENT_TOKEN_TO_BE_REPLACED