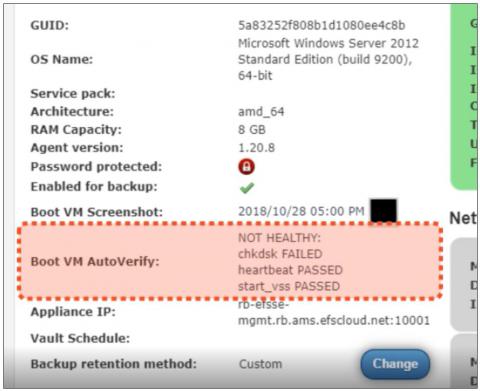 BDR vendor Axcient has added functionality to its BRC and Replibit solutions that warns MSPs about problems with backup data that could affect its availability during recovery failovers.

“We can proactively alert MSPs that you’ve got an issue with the system [and] you should fix it before something happens,” says Axcient Chief Revenue Officer Angus Robertson.

AutoVerify extends the capabilities of BootVM, a feature Axcient added to BRC and Replibit appliances earlier this year that automatically performs a nightly virtual bootup of protected systems using the most recent recovery point. According to Axcient, the addition of verification technology to BootVM gives MSPs added peace of mind by confirming not just that snapshots will launch successfully but that all of the data on those snapshots is healthy and usable.

“Within the protected system that we’re backing up, we look at the hard drives themselves to see if they’re corrupted or not, and if there is corruption, we alert the MSP that they’ve got an issue,” Robertson says. “They shouldn’t be backing up until they resolve those underlying corruption issues.”

Users can view AutoVerify reports from within the BRC and Replibit management interface, and also configure the system to send alerts automatically to PSA and RMM tools from ConnectWise and other vendors.

During beta testing of the new feature that began two months ago, Axcient says, AutoVerify showed that “a significant percentage” of production servers house corrupt or otherwise flawed data that could significantly impact performance and reliability.

In August, Axcient added unlimited storage and retention in the Axcient Cloud to Replibit, introduced hot-swappable drives to the most popular models in its appliance family, and announced what it calls near instant recovery times in its cloud after system failures.