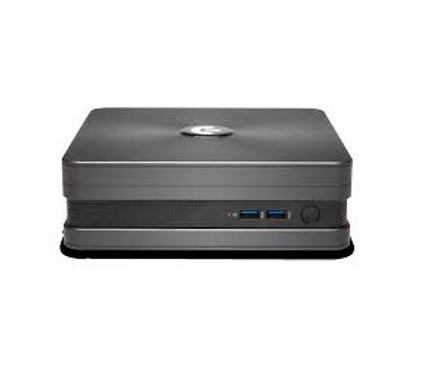 The three enhancements are all part of a larger effort to turn simplicity and partner satisfaction into differentiators in the competitive market for BDR solutions. By Rich Freeman
Tweet

Axcient has announced three changes to its lineup of business availability products aimed at making those systems simpler to buy, simpler to support, and more effective at their core data protection mission.

First among them is the addition of both unlimited storage and unlimited retention in the Axcient Cloud to Axcient’s Replibit BDR system. The changes are designed to make budgeting and billing easier for MSPs by enabling them to pay one predictable rate for everything they need to protect, according to Angus Robertson, who became Axcient’s chief revenue officer in June.

“We’ve just made that simple,” he says, noting that the new policy is a selling point for Axcient in the crowded market for BDR solutions. “A number of our competitors have storage tiers and have three or 10 years of retention,” he says.

In an additional move aimed at increasing Replibit’s effectiveness as a disaster recovery platform, Axcient has enhanced that system to provide what it calls near instant recovery times in its cloud after system failures.

“We can turn up the cloud and turn up their applications almost immediately,” says Michael Elliott, Axcient’s director of product marketing. In test environments, he continues, recovery times are now as short as 50 milliseconds. That’s a dramatic improvement over previous boot speeds, Robertson observes, and should help ease past concerns among some MSPs that Replibit is better at meeting recovery point objectives (RPOs) than recovery time objectives (RTOs).

“Partners that loved our RPO capability would have to compromise a little bit on the RTO side, and that bothered us,” he says. “We’ve spent a year to take that time down significantly.”

Axcient has added hot-swappable drives that technicians can install without downtime to the most popular models in its hardware appliance family as well. “It definitely reduces the cost and the service calls on the MSP side,” notes Elliott, adding that end users benefit from the increased uptime the new feature enables as well. “They’re going to have less disruption,” he says. Replibit software runs on third-party hardware in addition to Axcient’s appliances.

Enhancements like those unveiled today are the latest manifestations of a larger effort by Axcient to turn simplicity and partner service into competitive differentiators. Earlier measures in that campaign include the introduction of a partner success team last December; the rollout last week of an all-new, heavily-automated marketing portal; and the reduction of SKUs in Axcient’s portfolio from more than 1,000 to just nine, including four for Replibit.

“We’re trying to keep it simple because the simpler, the more seamless, it is the less friction we create, and the easier it is for partners then to go have that conversation with end clients,” says Elliott of Axcient’s product catalog.

Simplified tools for support, training, and onboarding are currently under development, he adds, as is a new business availability portal that unifies management of Axcient’s BDR, file sync and share, and other products in a single place.

The 5 Essentials from Your Endpoint Security Partner
END_OF_DOCUMENT_TOKEN_TO_BE_REPLACED