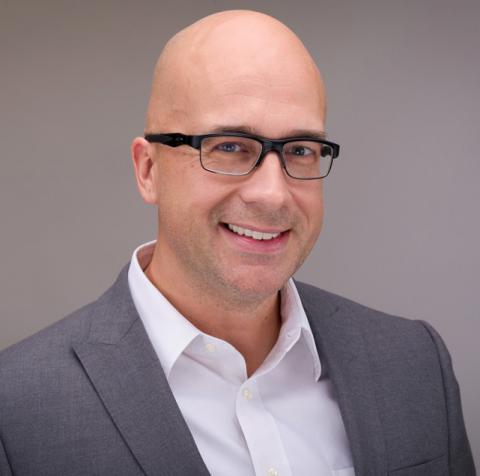 His charter when he officially steps into his new role next month will be helping a company that has completely re-tooled itself in the last 19 months as a business availability vendor with an MSP-first channel hit the gas pedal on growth. By Rich Freeman
Tweet

Bennett, who officially steps into the role on March 4th, will report to Eric White, Axcient’s president. His charter, according to White, will be helping a company that has completely re-tooled its go-to-market, product, and partnering strategies, not to mention its name, in the last 19 months take the next step forward in its ongoing evolution.

“I think that we’re primed for growth in this market and David [with] his experience at Webroot we think fits well with what we need to do in our next phase.”

Bennett has 20 years of service in the IT industry, including stints at Lenovo, Sony, and Kingston. He has worked at Webroot, a security vendor with an MSP-heavy channel, the last nine years, leading the company to 19 consecutive quarters of double-digit growth.

Though Bennett will have full reign to manage Axcient, his biggest focus will be generating revenue and grabbing market share. “The company is growing, and we want to accelerate that growth,” White says. “David is a growth guy and there’s going be a lot of tactical things that he puts in around that, but the goal is growth.”

White will dedicate more of his attention day to day to operational and product-related matters. “If you look at our backgrounds, I’ve got a background that’s really around execution and product and scaling an integrated company, and David’s got a background around go to market, especially the last few years, especially [in the] MSP space,” White says. That makes Bennett a good fit for Axcient’s greatest needs, he continues.

“The right person with the right experience is meeting a company that will, I think, benefit from his experiences greatly, and so I think it’s a good match,” White states.

Bennett’s hiring, White notes, comes at the culmination of an integration process that began in July 2017 when disaster recovery-as-a-service vendor Axcient and BDR/file sync and share vendor eFolder Inc. merged.

“A year ago, we would not have been ready for David,” White says. “We are in a much different and much stronger place today than we were back then.”

Specifically, he continues, the company has combined separate sales, service, engineering, and finance groups, among others, into one consolidated organization and rolled out a single, fully integrated Business Availability Suite of products. It’s also invested heavily in partner satisfaction, most recently through the creation of a partner success team charged with increasing partner retention through continual communication and engagement.

Axcient has gotten its financial house in order since the merger as well, White notes. “We have gone from two companies that were doing well but perhaps not meeting their full potential and we brought them up to the point where now we’re profitable,” he says. “We’re able to invest in areas that we would not have had the flexibility to do before, and I think that we’re primed for growth in this market.”

ICYMI: Our Channel News Roundup for the Week of January 23rd, 2023
END_OF_DOCUMENT_TOKEN_TO_BE_REPLACED