There’s More New About Axcient Than Its Name 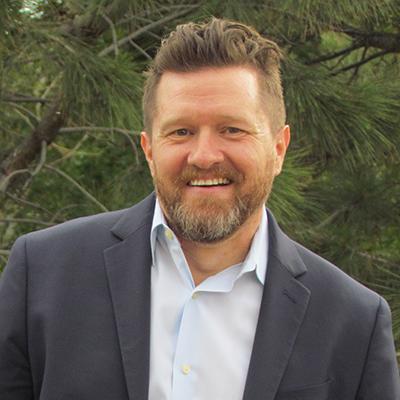 The data protection vendor is rolling out new partner resources and paying “obsessive” attention to partner satisfaction as well in connection with a renewed focus on attracting and retaining MSPs, according to Chief Revenue Officer Jeff Cummings (pictured). By Rich Freeman
Tweet

According to Chief Revenue Officer Jeff Cummings, however, there’s a lot more new at Axcient than its name. In the months since July 2017, when the former eFolder Inc. merged with the former Axcient Inc., the Denver-based company has been developing a new brand promise—“protect everything”—a new partner portal, and above all a renewed focus on attracting and retaining MSPs.

“In everything from marketing to trade shows to you name it, everything has all been 100 percent MSP,” said Cummings in an interview at the final ChannelPro SMB Forum event of 2018, held November 5th and 6th in Long Beach, Calif. “We feel like that’s the right direction to go.”

It’s a conclusion Cummings reached shortly after K1 Investment Management, the private equity firm that engineered the eFolder-Axcient merger, appointed him to help run the Axcient side of the business. “The company believed, really, that the way to be successful was to get back in the MSP, and within 30 days of being there I absolutely agreed,” Cummings says.

The key words in that sentence are “get back.” Axcient’s revived interest in MSPs follows a strategic decision, made before Cummings’ time, to de-emphasize that channel. Now, under a revamped leadership team that includes President Eric White and CMO Angus Robertson in addition to Cummings, the company views leveraging the close relationships between MSPs and their customers as essential to penetrating the SMB market.

“We think that MSPs are who really help businesses drive success,” Cummings says. “An MSP looks at your business as a strategy partner, as opposed to just a technology person.”

Consolidation among managed services vendors has made winning over MSPs harder in the last year though. Datto and Kaseya, both of which have been involved in high-profile M&A transactions aimed at assembling comprehensive product suites, offer data protection solutions alongside a wide range of often tightly integrated additional products. Axcient will prosper despite that competition, Cummings contends, if it turns mere partners into fans.

“It’s incumbent upon us to create the best products with the best experience and not worry too much about the consolidation in the marketplace,” Cummings says. “If we don’t provide great products and services, that’s going to be something that really hurts us, and that’s why our focus is on the partner experience right now.”

Indeed, according to Cummings, Axcient measures satisfaction with everything it does for MSPs “almost to an obsessive level” these days. Together with one-on-one partner interviews and input from a partner advisory council, the company’s continual attention to its net promoter score (NPS) is having a direct impact on where and how it directs capital.

Partners asked for faster system performance, for example, so Axcient set to work on a new data center in Salt Lake City that will open by March of next year. They wanted centralized management of Axcient’s various data protection solutions, so the company built a redesigned partner portal with a “single pane of glass” management interface. Currently in the midst of a staggered rollout, the new site will add revamped sales and marketing components by the end of the year, and a new invoicing tool in the first quarter of 2019.

Jabra PanaCast Review - Get Your Huddle On
END_OF_DOCUMENT_TOKEN_TO_BE_REPLACED