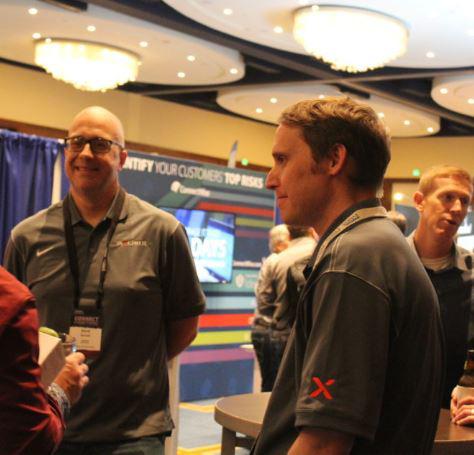 Formerly the business availability and cloud migration vendor’s chief marketing officer, Robertson now oversees Axcient’s sales and partner success organizations as well. The new role is part of a larger overhaul of the company’s go-to-market strategy that has replaced three separate groups with a single combined division whose chief responsibility is driving satisfaction and loyalty.

“My job is now to focus on delivering that amazing buyer’s experience for every partner,” Robertson says.

Early manifestations of that focus include the introduction earlier this month of a simplified evaluation offer for Axcient’s BDR, file sync and share, and other products. Each of those solutions previously had its own trial deployment program with different terms and conditions. Under the new arrangement, MSPs who complete one sign-up process can try out everything Axcient makes for 14 days.

Also new this month is a revised pricing scheme for Office 365 backup that allows partners to protect Outlook, SharePoint, and OneDrive data for a single price that comes with unlimited storage. The new model replaces an older one that levied separate fees for each of those applications.

Changes like that are closely connected with a larger effort to attract and retain managed service providers following a period under an earlier generation of managers in which Axcient largely neglected that channel. The company’s current leadership team, which has been led since March by CEO and former Webroot CRO David Bennett, is determined to regain the ground it lost with MSPs during that time by investing in measures aimed at turning mere partners into admirers and advocates.

Forthcoming steps will build on that foundation in an attempt to make Axcient the industry’s easiest company of its kind to do business with. The new Office 365 pricing scheme is a taste of what’s to come, according to Bennett, who notes that several months of conversations with MSPs since stepping into his new job have convinced him that simplicity is what partners most want in a data protection vendor.

Axcient merged with the former eFolder Inc. in July 2017 and retired the eFolder name last November. It announced an agreement to make its solutions available via D&H Distributing last month.

Acronis Adds Advanced File Sync and Share Pack to Cyber Protect Cloud
How Would You Rate Your Help Desk?
END_OF_DOCUMENT_TOKEN_TO_BE_REPLACED

Jabra PanaCast Review - Get Your Huddle On
END_OF_DOCUMENT_TOKEN_TO_BE_REPLACED