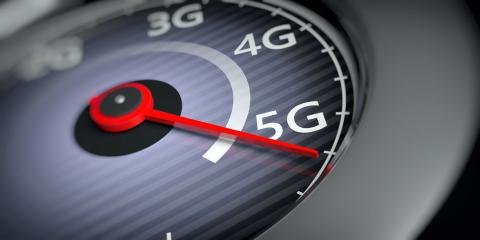 BOB O’DONNELL has been waiting for a 5G laptop for over 20 years. "There have been previous efforts to connect laptops with cellular networking, but they never really worked," says the president of market research firm TECHnalysis.

His wait is coming to an end. As 5G networking barrels toward the mainstream, the first PCs engineered to take advantage of 5G’s speed and mobility advantages have begun appearing on the market.

5G laptops introduced at CES in January are scheduled to ship in late spring or early summer, assuming the coronavirus pandemic doesn’t impact manufacturing. The refreshed HP Elite Dragonfly ultralight convertible, for example, is expected to ship midyear, but the 4G version is available now. Sprint will be the exclusive carrier. The Lenovo Flex G with nine built-in antennas will run on the Qualcomm Snapdragon 8cx 5G Compute Platform, and be sold exclusively through Verizon at first.

At this writing, the few systems with announced pricing will keep 5G PCs in the neighborhood with other business laptops in the “thin and light” category. Lenovo's Yoga 5G will start at $1,499; with the Dell Latitude 9510 starting at $1,799.

All the new 5G modems include upgraded support for 4G connections. "4G LTE gives good performance, and the always-on feature's utility will make up for not being as fast as 5G," O'Donnell says.

Rob Enderle, analyst at the Enderle Group, cautions that "not all 5G PCs are alike. Some have Intel or AMD processors and 5G modems, mostly from Qualcomm. Others have the full Qualcomm chipset, including the CPU." When connected to a 5G network, these PCs will have potential speeds mimicking optical cable-like performance, Enderle says.

"The few people who have experienced new cellular PCs say once they try it and use it, it's compelling," O'Donnell reports, adding that they like the nonstop network connectivity they’re used to from using smartphones as well. Anyone who travels for work will benefit, he adds, because "they can use their laptop for the 15 or 20 minutes you sit on an airplane before takeoff."

Enderle expects a big push through the channel when shipments start. Carriers will leverage the channel as well, predicts O'Donnell. "Don't worry about lock-in, because the newer 5G modems will support multiple cellular networks."

He also recommends not waiting. "If you have a customer that wants the best, get them a 5G laptop," says O'Donnell. "They'll get great 4G LTE speeds now, and 5G speeds as carriers add 5G support to their 4G towers." The big hook is always-connected, then higher speed as 5G rolls out.

2021 ChannelPro SMB Forum Series Kicks Off in the Midwest
Your Next Move: Server Administrator
END_OF_DOCUMENT_TOKEN_TO_BE_REPLACED

Jabra PanaCast Review - Get Your Huddle On
END_OF_DOCUMENT_TOKEN_TO_BE_REPLACED