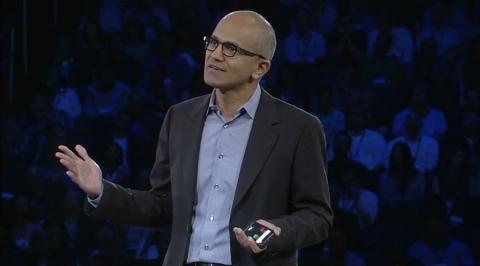 Satya Nadella recently penned a note to Microsoft employees outlining the company's new focus on productivity experiences for a cloud-first and mobile-first world, and he took his stage time to drive that vision home to the thousands of Microsoft Partners attending WPC.

“It’s not about one device, it’s about mobility. The cloud orchestrates it,” said the recently appointed CEO. “You have to think about this next generation of computing as mobile first, cloud first, and our goal, simply put, is to thrive in it as an ecosystem.” 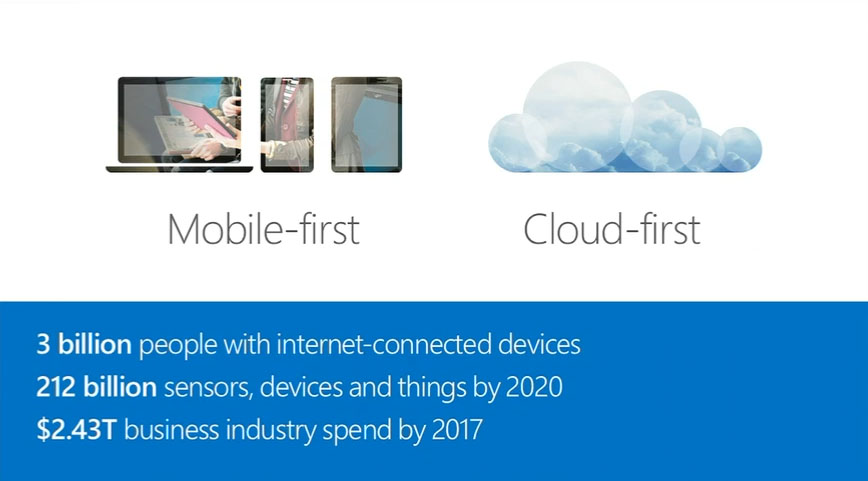 Until recently, the mantra for Microsoft has been devices and services. The cloud-first, mobile-first vision doesn’t fall far from the original, but it does mark a pretty significant shift in how Microsoft is looking to differentiate itself and diversify its offerings in a computing world where Windows isn’t the monopoly platform.

“The question that needs to be asked, and answered, is what is it that we can do as an ecosystem that is unique? Impactful? And to me, the answer is clear. We are the company, and the ecosystem, that will build productivity experiences and platforms for the mobile-first, cloud-first world," Nadella explained. 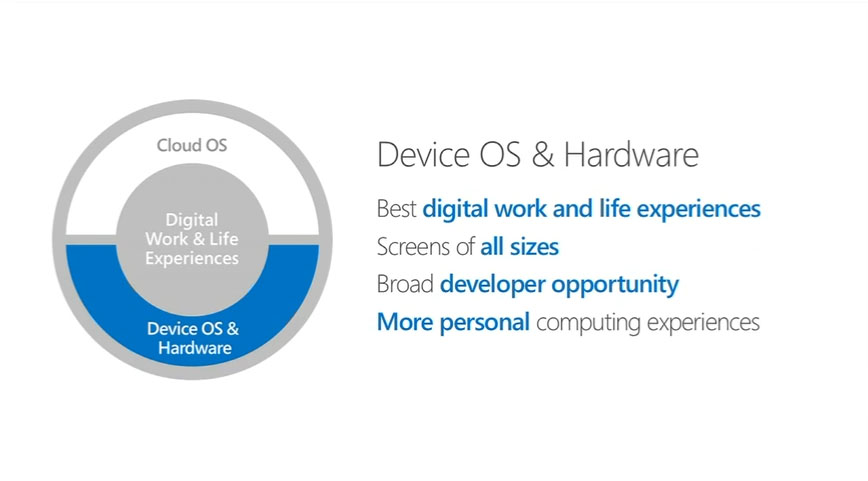 Nadella went on to detail what is truly scarce in a world with an abundance of computing power is the time and attention of the individual. He also said that Microsoft is tackling the complexities between work and personal interests, and will work to create experiences that harmonize the dual-usage reality that exists for modern computing devices.

In other words, Microsoft believes that focusing on productivity, essentially helping people do more quickly, is really what people are looking for. More important, it’s a strategy that doesn’t require Windows to be the center of the universe to be successful, and Nadella went on to clearly state that Microsoft wants every screen to have Microsoft experiences, be it Android, iOS, the TV, or whatever.

That doesn’t mean Windows is not important to the company. Microsoft will continue to try and make the experience on Windows the best it can be. Part of building “ubiquitous work and life experiences” involves also making platforms, Windows included. Word of that came earlier today, as Microsoft announced it’s killing off the Android-based Nokia X line, making Windows Phone its sole focus for mobiles. 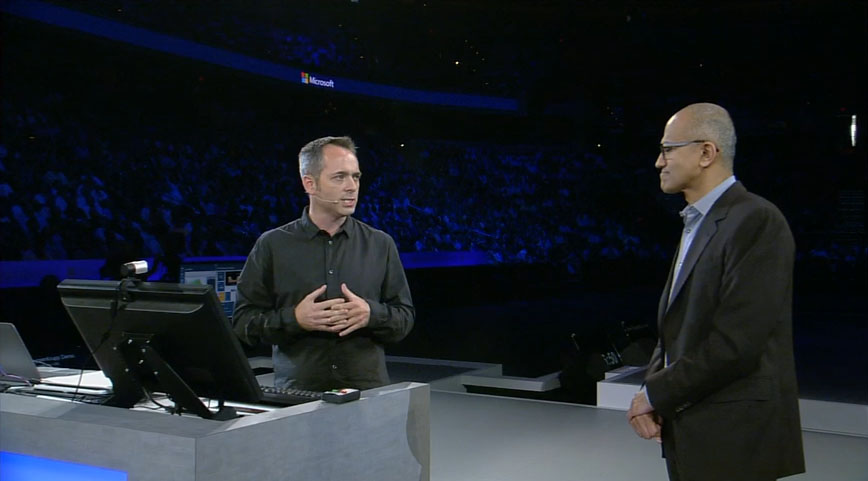 To highlight things that Microsoft will be working on to reinvent productivity, Nadella demonstrated a few examples of technologies Microsoft is working on that will do just that.

The first showed that by using Azure and its new machine learning technology, an elevator company could build a custom dashboard that monitors an entire fleet of elevators in real time, tracking each elevator's position, usage, and other data points to predict failure before it happens. Another quick application was built on stage to show how easy it is to get customized solutions to users in the field. 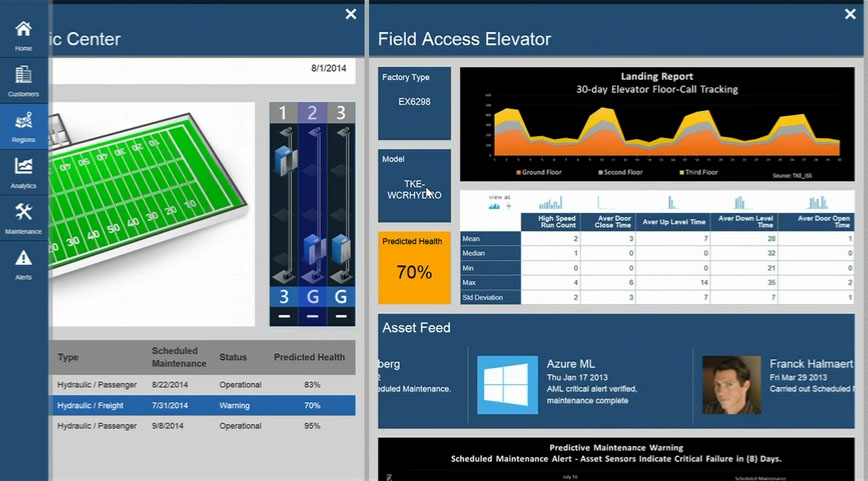 Delve, another Microsoft productivity initiative, looks pretty incredible. In an organization, Delve intelligently searches across the entire Office graph (like a social graph, but using Microsoft Office rather than social networks), using data from email, documents, contacts, calendar events, and other data, and can instantly present insights and information that are relevant to the user. Finally, as a near-perfect example of how Microsoft is working to create transformative experiences, Nadella chose to demonstrate Skype’s in-development translator service. In real time, two people who speak different languages can effectively communicate. The Skype Translator demonstration wasn’t perfect, but it did a pretty remarkable job interpreting and translating German to English and vice versa. It’s a crowd pleaser for sure, and definitely will be a monumental technology used around the world.

“Things like Skype [Translator] shows the kind of things we can do when we obsess about how we can change individual lives and organizations,” says Nadella. “That entire set of demos hopefully gave you a feel of what we as a partner ecosystem can do for our customers … what we can do to collectively to transform their businesses and their lives.”

If you haven’t gotten a chance to see the demonstrations for yourself, the video is available on demand at the WPC website. The demos start around the 30-minute mark.

For all of our coverage from WPC 2014, click here.

ChannelPro Weekly Podcast: Episode #225 - Tech Babysitters
How To Learn about Information Technology on Your Own