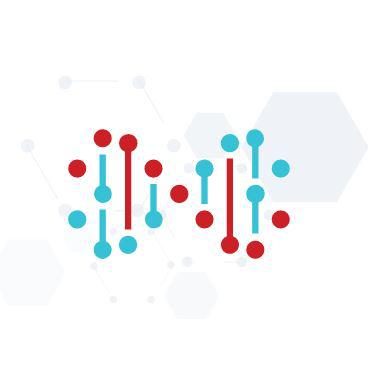 Called Helix, the new add-on for the vendor’s BDR solution draws on artificial intelligence to identify and address the sources of backup failures without human intervention. By Rich Freeman
Tweet

Unitrends has introduced an add-on for its BDR platform that’s designed to automate the detection and remediation of backup-related technical problems.

“It takes our know-how in the space of server management and automation and really starts to drill down into how we can reduce the amount of time that it takes for backup admins to fix the errors that happen,” says Mike Sanders, general manager of Kaseya’s Spanning and Unitrends business units.

Sanders points to problems caused by Microsoft’s Volume Shadow Copy Service, or VSS, as an example of what Helix addresses.

“Typically as a backup admin, VSS is the bane of your existence,” he says. Helix looks continuously for common VSS error codes and then executes the same series of measures the Unitrends support team would perform to fix such issues.

“It’s really about mitigating the amount of time that it takes to manage backups and cutting down on failures and making sure that a much higher percentage of backups that run are ultimately successful without human intervention,” Sanders says.

Helix supplements, rather than replaces, existing Unitrends management tools, which allow technicians to manage specific backup appliances individually or administer multiple linked appliances through a dashboard. Unlike those systems, however, Helix utilizes an agent installed on protected devices to look for issues like disk space shortages and network connectivity issues directly at the source.

“It goes all the way onto the machines that are being backed up,” Sanders says. “If you have a server that you’re running our product on to do backups, we’re actually doing the automation on that server.”

The Helix agent can prevent backups from failing before they run as well, he adds, by spotting issues like a changed IP address or new administrator credentials. Additional functionality in the new system automates routine backup maintenance procedures, freeing up time that technicians can use for more critical tasks.

Helix is intended for use both by MSPs and corporate IT professionals. According to Sanders, the system benefits the former group by decreasing administrative overhead and thereby increasing profit margins.

“The more time it takes to manage every appliance you have out there in the world, the less money you’re making on service delivery,” he says, adding that the system enhances the operational efficiency of IT departments as well.

“It’s about having time to spend on the stuff that they need to be doing to move that company forward strategically, as opposed to spending their time chasing down failed backups,” Sanders says.

Issues that Helix addresses are based on a list of the most commonly reported backup support complaints. That list will expand over time in response both to manual feature enhancements and insights gleaned by the system’s artificial intelligence engine.

“It’s something that will continuously be adapting and learning,” Sanders says.

Helix automatically emails notification reports any time to fixes a problem or updates a system. At present, there are no integrations between Helix and PSA systems to record problems detected or remediation measures implemented, though such features are on the product’s roadmap. The Unitrends BDR solution already integrates with ConnectWise Manage and Datto’s Autotask PSA.

Jolera Offers Managed XDR Solution to MSP Partners
Find Your Perfect IT Job: One Step at a Time
END_OF_DOCUMENT_TOKEN_TO_BE_REPLACED