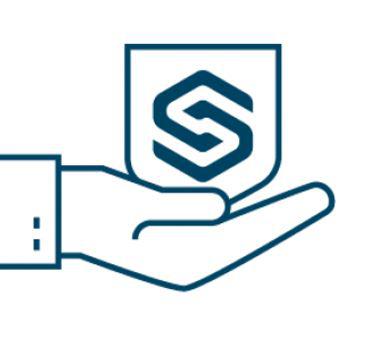 Part of an updated release of the vendor’s next-generation BDR solution, the enhancements are designed to help MSPs standardize on one data protection platform and pay for it the same way they bill their clients. By Rich Freeman
Tweet

StorageCraft has shipped an updated edition of its ShadowXafe BDR solution with new support for virtual machines running on Microsoft Hyper-V and a new subscription-priced licensing option.

The new release of ShadowXafe is generally available today. Adding Hyper-V to the system’s earlier support for VMware rounds out a platform capable of accommodating all of an MSP’s backup and disaster recovery needs, according to Shridar Subramanian, StorageCraft’s vice president of product management and marketing.

The subscription billing option is designed to help MSPs manage cash flow more effectively by paying for ShadowXafe through the same monthly payments they collect from their clients. The system was available through a perpetual license exclusively in the past.

“This release can be consumed by the managed service provider in a way that they’re more in tune with,” notes Jeannine Edwards, senior director of channel marketing at StorageCraft.

Like its predecessor, the new edition of ShadowXafe has been engineered for ease of implementation and use. Setting up a backup policy, for example, requires just four clicks versus about 22 in ShadowProtect and competing systems according to Subramanian, who notes fewer clicks translate to greater efficiency.

ShadowXafe is designed to recover servers in milliseconds as well. That’s orders of magnitude faster than ShadowProtect and other BDR solutions, according to Subramanian.

“Recovery happens almost instantaneously,” he says, noting that end users have little tolerance for downtime during unplanned outages. “Customers want to recover their machine instantaneously and they do not want to wait several minutes for the machines to actually come up.”

StorageCraft is satisfied with early sales returns for ShadowXafe. “The adoption has been pretty good,” Subramanian says, adding that it’s accelerating at present. He expects that trend to continue now that MSPs can use the product to cover all data protection scenarios, rather than use one system for VMware machines, another for Hyper-V, and perhaps a third for physical devices.

“They really don’t like having these many different solutions that they have to manage on a day-to-day basis,” Subramanian says. “They are looking to standardize, and now with ShadowXafe they can easily do that.”

StorageCraft is currently completing development of a compact ShadowXafe appliance that will enable MSPs to replicate data directly to the vendor’s cloud storage platform rather than maintain backups both on- and off-premises.

“In the case of a failure or recovery, the customers can either virtualize the machine in our cloud and keep it running there for a while until they get their own premises infrastructure back up to speed, or they can recover the data from the cloud back to on-premises,” Subramanian says. The new device is slated to ship late in the third quarter of this year or early in the fourth quarter.