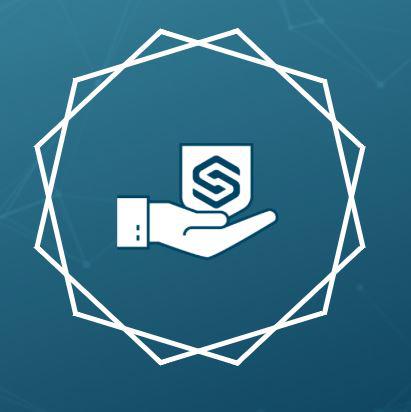 StorageCraft Technology Corp. has added two new platforms to its portfolio of data protection and storage solutions for SMBs.

The first, called ShadowXafe, is a next-generation successor to StorageCraft’s familiar ShadowProtect BDR solution. Available immediately, it protects both physical and virtual machines and integrates optionally with StorageCraft’s disaster recovery-as-a-service solution. The system is designed to offer rapid recovery times as well, according to Shridar Subramanian, Draper, Utah-based StorageCraft’s vice president of marketing and product management.

“We can recover VMs, even if these are terabyte-sized VMs, in just milliseconds,” he says.

Unlike ShadowProtect, ShadowXafe provides agentless as well as agent-based protection for VMs. Agentless backup can be a simpler option for less performance-sensitive virtual workloads.

ShadowXafe’s most significant feature, however, is its management interface. Called OneSystem, the all-new console is designed to simplify BDR administration by streamlining the configuration process. Rather than decide which backup technology to apply to workloads on a case-by-case basis, technicians using the system can define data protection policies tailored to SLA requirements instead.

“Based on these policies, we actually make a bunch of decisions behind the scenes that alleviate a lot of steps from the administrator’s perspective,” Subramanian says. The upshot, he adds, is single-click setup, fewer setup errors, and more dependable SLA compliance. Once policies are in place, OneSystem enables single pane of glass management of protected workloads as well.

Though ShadowXafe shares code with ShadowProtect, it’s a new and distinct platform that will ultimately replace the older product.

“For the mid-term and the foreseeable future, we will be continuing to support as well as sell ShadowProtect,” Subramanian says. StorageCraft will encourage ShadowProtect users to switch to the newer system, however, and assist them in making that transition.

“We definitely do want our customers and partners to leverage those innovation points and move from ShadowProtect to ShadowXafe,” Subramanian says. “Having said that, we also want them to do it at their own time and as they get comfortable with it. There is an upgrade program and we do encourage them to move from one to the other.”

Also new from StorageCraft is a converged data storage and protection platform specifically targeted at midsize businesses. Called OneXafe and scheduled to ship in mid-September, the system combines BDR and DRaaS functionality with the scale-out OneBlox storage technology StorageCraft acquired in January 2017 along with Exablox Inc. The result is an all-in-one storage and backup solution complete with hardware, software, and both onsite and cloud-based repositories.

“It can be used for primary storage and secondary storage as well as for data protection,” Subramanian says. Acquiring that functionality in a pre-integrated package, he adds, frees organizations short on time and people from the hassles of assembling a storage and BDR environment by hand.

“We have taken away a bunch of their pain from them and created a single, unified, converged solution,” Subramanian says.

Unlike similar products from competing vendors, he continues, OneXafe lets users deploy as little as a single node with several terabytes of capacity initially. “Most of the other scale-out vendors require you to start with either three or four nodes,” Subramanian says. OneXafe scales incrementally and non-disruptively to multiple petabytes, he adds.