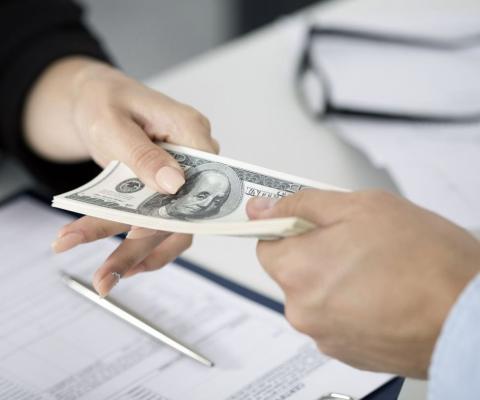 In an unusual arrangement designed to let channel pros participate in the success their adoption and deployment make possible, the cloud security startup is offering MSPs a chance to invest up to $500,000 in the company. By Rich Freeman
Tweet

SaaS Alerts has reserved $500,000 of a funding round worth up to $3 million for MSP investors.

The unusual arrangement is designed to let channel pros participate in the success their adoption and deployment of the cloud security startup’s solution make possible.

“If they want to come in and they believe in what we’re doing and what we’re doing for the community, they can invest,” says SaaS Alerts CEO Jim Lippie. “If everything goes well, then it works out for them not just from a product standpoint but also hopefully from a financial perspective as well.”

Any accredited investor who owns or works for a managed service provider is eligible to participate in the funding offer. There is no cap on how much MSPs may invest, and also no minimum required investment for now, though Lippie expects to put a $10,000 to $20,000 threshold in place at a later date. MSP investors are neither required to be SaaS Alerts users, nor required to sell their stake in the company should they cease being users.

Channel Angels, a network of angel investors that backs IT companies with channel-led business models, is facilitating the MSP portion of the current funding round.

Launched as a beta in August 2020 and generally available since this January, the SaaS Alerts platform consolidates and correlates security notifications and alerts from multiple SaaS applications. Integration with ConnectWise Manage and Datto’s Autotask PSA allows the product to create remediation tickets when appropriate automatically.

At present, the company has 215 partners supporting some 65,000 end users. Lippie plans to put the money raised through the present funding round to work on sales and marketing efforts, as well as accommodating feature requests from early adopters.

“Part of the reason we want to raise this money is so we can capitalize on the great feedback we’re getting from our partners,” he says.

At launch, the SaaS Alerts service tracked 28 different security-related “events,” like the addition or removal of a user, logins from unexpected locations, and multifactor authentication configuration changes. Today it monitors 58 in a set of leading SaaS applications that includes Microsoft 365, Salesforce, Google Workspace, Dropbox, and Slack.

Other functionality enhancements since the product’s debut include customized alerting and the introduction of a reporting engine that MSPs can use to produce private-label cyber assessments and risk reports.

“They can immediately show their clients all of the places in the world bad actors are trying to get into their SaaS applications, the number of attacks, and the files at risk,” Lippie says, noting that users can schedule reports to run automatically at preset intervals as well.

ICYMI: Our Channel News Roundup for the Week of January 23rd, 2023
END_OF_DOCUMENT_TOKEN_TO_BE_REPLACED