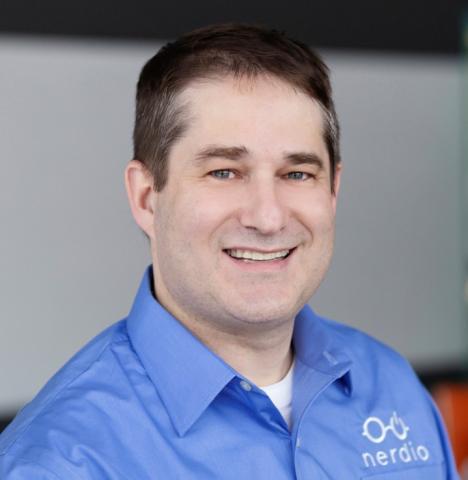 Those of you resisting the switch from a hardware-focused managed services model to the cloud-first model of the future, at least, are the biggest threat to the vendor’s continued growth, according to execs like Joseph Landes (pictured). By Rich Freeman
Tweet

Fueled by the rise of work-from-home computing brought about by the coronavirus pandemic, businesses are racing headlong into the cloud, driving rapid, continuous adoption of SaaS and IaaS services. Indeed, revenue from commercial editions of Office 365 was up 19% year over year in Microsoft’s most recent fiscal quarter and revenue from the Azure public cloud was up 46%

For MSPs with the necessary skills, numbers like that represent a giant money-making opportunity, and no one is arguably better positioned than Nerdio to help them realize it. Founded in 2016, the born-in-the-cloud company started out offering a self-hosted streaming network-in-a-box solution for SMBs. Later, it turned the deep expertise it acquired migrating that system to Microsoft Azure and running it there into the foundation for Nerdio Manager for Enterprise and Nerdio Manager for MSP, robust tools for Azure, Microsoft 365, and Windows 365 management that just became capable of supporting physical devices in addition to virtual ones.

This week, as Nerdio hosts its NerdioCon partner event in Cancun, Mexico, the company finds itself in the enviable of position of being a leader in cloud management with some 2 million users under management—up from 1 million last September—ample Series A funding, deep relationships inside Microsoft, and a board of directors that includes former Microsoft corporate VP Andy Lees.

Ask CEO Vadim Vladimirskiy and Chief Revenue Officer Joseph Landes who the company’s top competitor is, in fact, and you’ll get an unexpected answer.

Not all of you, by any means. Vladimirskiy believes you can divide the SMB channel into three loose groups right now. One, which includes most of the attendees at NerdioCon this week, are all-in on the cloud-first vision and working hard to realize it. “They’re being active and actually learning all of this stuff,” Vladimirskiy says.

A second cohort sees no need to adapt a hardware-focused business model that, for the moment at least, continues to produce plenty of revenue and profit. “They’re just happy doing what they’re doing. They’re making money, they make good margins, they’re delivering services that they know how to deliver, and they’re not even tuned into this whole thing,” Vladimirskiy says. “Those are going to get disrupted, those MSPs, unless they realize in time that they need to upskill and learn a new way of doing things.”

A third and final group, which is arguably the biggest of the bunch, knows change is coming but doesn’t know what to do about it. “They’re observing it in the industry, in their peer groups, but they’re just busy and they don’t know where to start,” Vladimirskiy observes. “It’s big and overwhelming and they’re just not taking action.”

According to Vladimirskiy and Landes alike, the biggest threat to Nerdio’s continued growth isn’t fellow cloud management vendors like SkyKick and Augmentt or larger, more tenured IT management stalwarts like ConnectWise, Datto, Kaseya, and N-able. It’s the inertia that keeps a majority of MSPs from changing their settled ways.