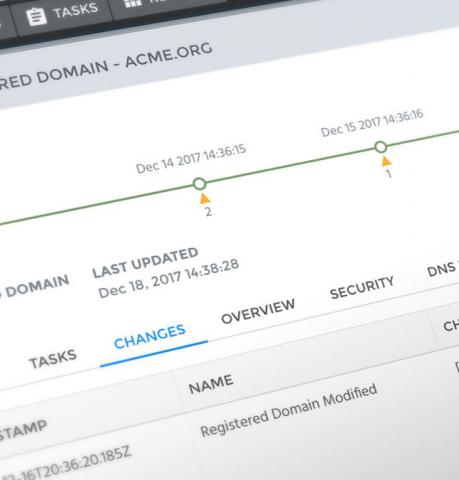 The new functionality, which the vendor quietly rolled out late last month, automatically creates a ticket in either the ConnectWise Manage PSA system or Datto’s Autotask PSA to alert technicians about matters like altered firewall settings, upgraded access rights, and new Office 365 users. A more recent enhancement lets MSPs ensure that the right people see those alerts by allowing companies to direct tickets to specific service boards or queues.

Once a technician receives notice of a change, they can now see what’s new directly inside the relevant documentation. “If something is removed, there’s a strikethrough and it’s in red. If something is added it’s highlighted in green,” says Joe Alapat, Liongard’s CEO.

“If you were to turn on change tracking in Word, that’s the type of visualization that we’re talking about,” adds COO Vincent Tran. “It seems like a trivial thing, but it’s a huge deal in terms of overall efficiency.”

That’s a lesson Tran and Alapat both learned personally before creating Liongard, when they were MSPs themselves. “There’s countless hours spent trying to do cause analysis, and having this visibility short circuits that whole process so you’re no longer trying to figure out what happened,” Alapat says.

Roar’s change management capabilities apply at present to what Liongard considers critical changes, like modified DNS settings, as well as to updates with billing implications for subscription-priced software resellers and MSPs who charge by the user or device.

“It’s very important for all of those things to be visible for an MSP to make sure that their thin margins don’t go any thinner,” Tran says.

The latest Roar upgrades build off timeline functionality that’s been present in the system since its debut. “MSPs are challenged with understanding that one fundamental question of what’s changed,” Tran says. Roar’s timeline automatically maintains a chronology of changes that lets administrators essentially rewind the clock, see how a customer’s environment was configured in the past, which products were in place, how many users they had, and more. They can then use that information to diagnose present-day problems or to restore settings to a prior state if needed.

Channel pros can also draw on the timeline to show clients what they’re getting in exchange for the fees they pay each month. “We want our MSP partners to retain their customers over time, and the way you’re going to do that is to understand what are you doing over time with that customer and being able to show that visible progress to them,” Alapat says. “If you don’t have a way to baseline what it was and what it is now, how can you do that?”

Liongard added change notification messages to the Roar interface late last year. Users have been asking for both automated ticketing inside their PSA solution when changes happen and an easier way to see what’s changed inside documentation, however.