Liongard Integrates its Documentation Discovery Solution with IT Glue 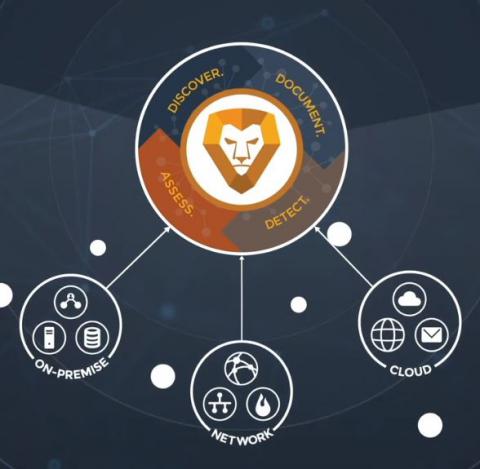 The Houston-based company announced the new functionality in conjunction with IT Glue’s GlueCon 2018 partner event, which is now underway in Scottsdale, Ariz.

A recent addition to the roster of vendors making line-of-business software for MSPs, Liongard offers a solution named Roar that automatically collects and consolidates system configuration data from cloud services, network devices, and on-premises software. Thanks to the integration unveiled today, users can now automatically upload that information to their IT Glue environment.

“We bring the information into IT Glue so that they don’t have to manually write those documents,” says Liongard CEO Joe Alapat.

Roar comes with a multi-tenant dashboard offering functionality unavailable elsewhere, such as the ability to track changes in client environments by “rewinding” configuration settings to prior states. According to Liongard COO Vincent Tran, however, giving users access to system data via third-party solutions like IT Glue as well helps MSPs improve administrator productivity by sparing them from having to switch back and forth between management consoles.

“The community here wants to have that information in one place where their techs are going already,” he says.

According to Alapat, automating the documentation process for IT Glue users decreases documentation errors and frees up technician time for more important and profitable activities as well.

“We’re trying to automate much of that work so that the level 2 [and] level 3 staff can go on and do their high-value work, and the service desk folks can actually have visibility to this information that they struggle to get,” he says.

IT Glue is Liongard’s second integration partner. The company rolled out an integration with the ConnectWise Manage PSA system earlier in the year. Similar capabilities are in the works for Datto Inc.’s Autotask PSA product and Kaseya Ltd.’s BMS platform.

“We have rich data and we’re seeking to embed it within these other platforms that the MSPs use,” Alapat says.

Alapat and Tran co-founded Liongard in 2015 shortly after selling the managed services business they ran together for 12 years. Roar is designed to fill a gap in the market they experienced personally as MSPs for software capable of simplifying the time-consuming task of collecting documentation data about increasingly complex SMB environments.

“There was no consolidated place to be able to look across the very disparate infrastructure that a managed service provider is on the hook for,” Alapat says.

Liongard spent over two years developing Roar before introducing the product early this year. Hosted in the Amazon Web Services cloud, the system is priced on a pay-as-you-go basis.

At present, Roar collects configuration data from a variety of Microsoft, Amazon, Cisco, Cisco Meraki, SonicWall, and Webroot products. Inspection capabilities for systems from Datto, Sophos, Veeam, VMware, WatchGuard, and numerous others are currently in preview.