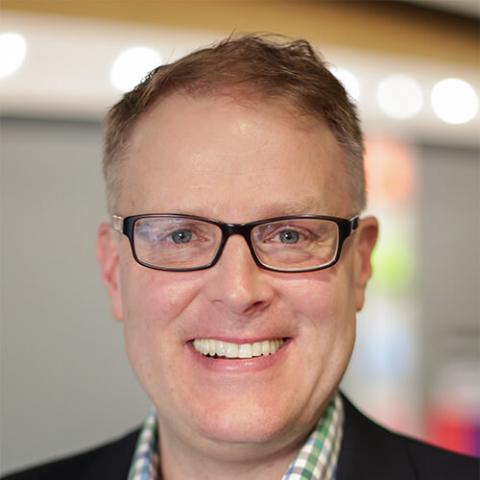 “We’re looking to do a much broader product line in security,” said CEO Tim Weller (pictured) yesterday during a virtual event that outlined a host of forthcoming additions to the company’s SaaS Defense solution as well. By Rich Freeman
Tweet

Datto has phishing simulation capabilities and functionality for providers of co-managed IT services on the roadmap for its SaaS Defense solution.

Those and many other enhancements and portfolio additions, which the company previewed yesterday during an online event dedicated to SaaS security, are part of a larger, ongoing effort to expand the company’s footprint in the burgeoning cybersecurity market, according to CEO Tim Weller.

“We’re looking to do a much broader product line in security,” he said during a keynote presentation.

The anti-phishing functionality, which the company did not discuss in detail, would potentially put Datto in competition with providers of security awareness training systems like Barracuda Networks, KnowBe4, and Webroot. The co-managed IT support, meanwhile, will let MSPs delegate security tasks to their clients.

“Your team can provision a license for your co-managed client, but your client manages the day-to-day forensics, false positive reporting, etc., without MSP visibility into that level of detail,” said Senior Director of Product Management Brent Torre during yesterday’s event.

Many channel pros have added co-managed services, in which MSPs share administrative duties with a customer’s in-house IT department, in recent years amid rising demand for such assistance by midsize and larger businesses. Rob Rae, Datto’s senior vice president for business development, hinted that co-managed IT would play a prominent role in Datto’s roadmap going forward during a conversation with ChannelPro last spring.

Other forthcoming additions to SaaS Defense include the ability to detect malicious executables in the SharePoint and OneDrive components of Microsoft 365.

“If something were to evade an antivirus system on an endpoint [and] get picked up by OneDrive, we’re the backstop to detect that and remediate that threat if it makes its way up to the cloud,” Torre says.

“If we detect malware in one client and you want to take a closer look at it, you can also look at other clients within your organization [and] see if anyone else was affected,” Torre said.

Another planned enhancement will ease administrative overhead for MSPs by automatically detecting new and deleted users in a customer’s Microsoft 365 account and then sharing that information with the ConnectWise Manage PSA solution.

“At the end of the month, what we’ll do is track all the client change adjustments as users are added, as users are removed, pass that through to your PSA, link it to that client contract, and automatically invoice your end users,” Torre said. Datto’s own Autotask PSA system supports that functionality today.

First released last October, SaaS Defense is a threat protection solution for Microsoft 365 based on technology that Datto acquired along with security vendor BitDam a year ago. Datto bought endpoint detection and response vendor Infocyte as well earlier this year, and is developing a new product based on that company’s solution. Chris Gerritz, a director of information security at Datto and co-founder of Infocyte, offered hints at that system’s features, including continuous monitoring functionality, during a panel discussion at yesterday’s event.

ICYMI: Our Channel News Roundup for the Week of January 23rd, 2023
END_OF_DOCUMENT_TOKEN_TO_BE_REPLACED