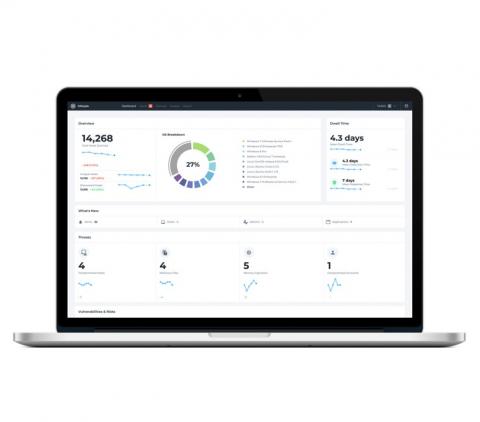 The deal will both arm Datto to enhance the threat detection and response capabilities of its RMM solution and give MSPs more ways to protect and collect revenue from customers, according to CEO Tim Weller. By Rich Freeman
Tweet

In the latest expansion of a steadily growing set of security technologies and applications, Datto has acquired endpoint detection and response vendor Infocyte.

Terms of the transaction, which has already closed, were not revealed. According to CEO Tim Weller in a conversation with ChannelPro today, the deal will enable Datto to enhance the existing threat detection and response capabilities of its remote monitoring and management solution, Datto RMM.

“Datto RMM has always had a very strong security core,” he says. “We’re working every day to try to raise that perimeter wall so to speak.”

Founded in 2014 by former leaders of the U.S. Air Force Cyber Incident Response Team, Infocyte offers detection and response products for endpoints, data centers, and cloud environments. In addition to EDR, the company provides risk assessment and incident response services along with a managed detection and response service backed by a security operations center and analyst team. Specific plans for that part of the business are still to be determined.

“It’s definitely something we will think about how to integrate into the stack,” Weller says, noting that most users of the service at present are managed security service providers who use Infocyte to augment SOCs of their own, rather than MSPs looking to outsource threat monitoring to 24/7 experts.

According to Weller, the Infocyte acquisition followed a “serendipitous” sequence of events rather than a concerted effort to buy an EDR vendor.

“We met them last summer,” he says. “We were very like-minded and we loved their tech.” The company’s channel-focused sales model also made an impression, as did its team. “You’re not buying just the tech,” Weller says. “You want the people to come and help you build and extend the lead.”

Timing for when Infocyte technology begins appearing in Datto RMM is still in flux but likely to be later this year. “Second half is probably a decent guess,” Weller says, noting that integration discussions between Datto and Infocyte developers are just now getting underway. “They met during due diligence, but with omicron it’s been a little hard to meet in person too often.”

Today’s announcement marks the latest step in an intensifying emphasis on security by Datto amid skyrocketing threat activity and sharply rising sales of security products and services. That campaign began years ago with measures aimed at better protecting Datto’s own products from attack. In 2019, for example, the company began implementing the Business Security in Maturity Model (BSIMM), a rigorous set of application security best practices.

“It doesn’t make sense for an MSP to spend all their time selling security if they don’t have confidence in the security of their own platform,” Weller says.

The company added anti-ransomware functionality to Datto RMM late in 2020, and began rolling out resellable security products last year. Those offerings include a Microsoft Azure continuity system introduced last September and SaaS Defense, a threat protection solution for Microsoft 365 released the following month. That product was based on technology Datto acquired in March 2021 along with Israeli threat detection vendor BitDam.